After the plane trip from hell (took nearly two days, one cancelled flight and one delayed by six hours, two missed baseball 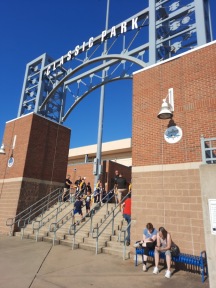 games (replaced by one in the city we weren’t supposed to be in), Steven and I were back on track for his 12-year-old trip. We spent a full day at the Rock and Roll Hall of Fame, where my kid’s love of classic bands sprung forth. And then we zipped out east through not-too-bad traffic to get to Cleveland’s eastern suburbs–the 440, as they call it, to settle into a night of high-A baseball.

Not surprisingly, we were in the middle of nondescript suburbs, but the setting of this park sort of took the worst parts of suburbia rather than the best. I sort of like ballpark-in-regular-neighborhood: I grooved on this in Batavia and Idaho Falls, for instance. But somehow, Classic Park (named for an auto dealership) manages to take all of the negatives of suburbia. The views…are as blah as anywhere in baseball. One whose eyes wander past the outfield walls during the game will be rewarded with not lakes or skylines, but with the backs of strip malls. The backs. With the loading docks and alleys and…nothing. Nothing worth looking at. Even from the outside, the ballpark blends into a nearby business. Steven and I did like the adjacent field for adaptive baseball: kind of cool. But as far as setting…this one didn’t do much for me.

First impressions are important, and for whatever reason, we kept running into parents being less-than-good with their kids. 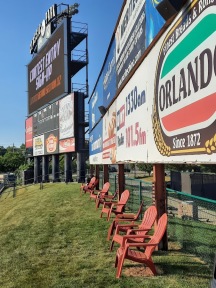 In the parking lot, there was a dad who was shouting to a nine-year-old-or-so, “I don’t want to hear this from you!” I want to be gentle with a parent having a bad day: Lord knows I’m not perfect. But I could see my kid recoil a little bit, as I did. And I could see the nine-year-old NOT reacting to his parent: apparently this happens all the time. Steven did tell me that I have never been more than 80% as mad as that guy. So that’s a thing. Unfortunately, this continued into the park. One of the Little League teams and their coaches were perched in the suite above us. Again, I get that kids can move around a bit. But the coach shouting “Sit down and cheer!” felt…um…like a guy who’s never around school-aged boys. They move. And if you’re blessed enough to be in a suite where they won’t get in anyone’s way, you deal with it. 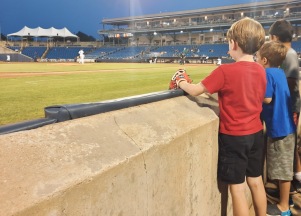 Speaking of kids getting in anyone’s way, about a half dozen of them parked in the aisle, between our front-row seats and home plate. I could still see if I leaned way forward. I didn’t think it was worth telling all of the parents to get their kids out of there–again, trying to practice grace–but it did bug me.

The folks working for the Captains were all sweet and kind and small-town family vibing. Promotions were okay–with one notable exception. Every time a Lugnuts batter struck out, we were treated to a sound. This is not uncommon in the minor league world, but this is the only time I had to hear a flushing toilet. They played a flushing toilet. The Captains had a fantastic couple of pitchers who kept missing bats, so I kept hearing a toilet flushing, followed by a blurb advertising a local plumber. I didn’t want to keep hearing this. To be fair, with a 12-year-old, we managed to have it get funnier every time. Someone was having really bad intestinal trouble to keep having to flush like that. So, in the promotions department, this one didn’t do much for me. 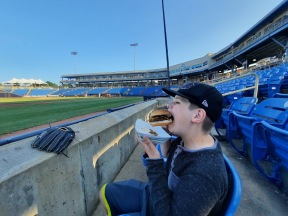 At baseball games, we tend to feed ourselves before the game and then enjoy a fifth-inning treat. Steven wanted to recommend the two scoops of Buckeye ice cream, which were fantastic. (The saleswoman, he reports, didn’t know what Buckeye ice cream was–so score one for Steven taking the risk.) And Steven’s jalapeno burger made his eyes water with spiciness–he was a big fan of that. Ah…I remember the days when I could do that kind of thing, too. Enjoy it while you can, kid. 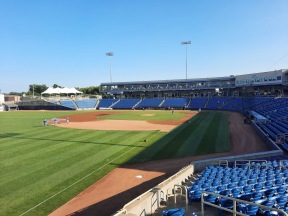 The announced attendance was 1,832, but I think the actual bodies in the park were about a third of that. It was quiet, save a few angry parents and coaches and the handful of kids

in front of me. But there were also wonderful people. One gave Steven an extra baseball he had before taking off in the sixth inning. (He was a good dude, though, asking me for how I’d score a few plays.) And then the Lugnuts’ center fielder, Lester Madden, Jr., tossed Steven a ball as he ran off the field. So a good night. And Steven won a major award! Jose Tena of the Captains hit a home run, and Steven’s name was drawn from the (very few) entries in a contest. He got a pretty dope backpack with some nice pens, golf colored pencils (who knew this was a thing?), and a mouse pad. So we left the ballpark with a fair amount of swag.

In the end, this ballpark won’t score well. But it hardly matters when you have nice people around you and you’re back on schedule for your 12-year-old trip.

I liked the 440 T-shirts and the local advertising and food (“Lake effect ice cream”…love that name). And the lighthouse in center field was pretty cool for a town on Lake Erie. But overall, this didn’t feel like I was in a specific place.

The backs of a strip mall are not charming. Only kind people bumped up this score.

When a big chunk of your spectacle involves a flushing toilet sound, you’re in trouble.

The mascot, Skipper, was fabulous. We joked around a ton as he honked his weird wrist-horn. It was a joy just to kibitz with him. And the name is just about perfect for a team by a lake–the center field lighthouse is especially nice.

Bad on the inside and on the outside…it just wasn’t an attractive place.

On the one hand, I could walk around the entire park and could see the game the whole time. On the other hand, we had the saddest play area I have ever seen in a ballpark. Deflated bouncy houses that were never inflated. (“Luckily there were no kids in there when they deflated it,” Steven points out.)

The Captains were quite good here, catching everybody’s names and scoring decisions (except for missing one pitcher).

Very few of them, and a couple of yelly coaches and dads. One nice parent, but so many kids in front of me.

Some parts of this night were a drag, but I’ll remember the one-one-one time with my eldest kid, as well as his getting two baseballs and winning a promotion.

Captains’ pitchers were the stars, with four of them (first-round pick Tanner Burns, Jared Janczak, Nick Gallagher, and Kevin Kelly combining on a two-hitter. They combine for 13 strikeouts, which creates 13 toilet-flushing sounds over the PA.

Jordan Diaz homers for the Lugnuts. Jose Tena drives in three for the Captains, including a home run which gives my kid some swag. 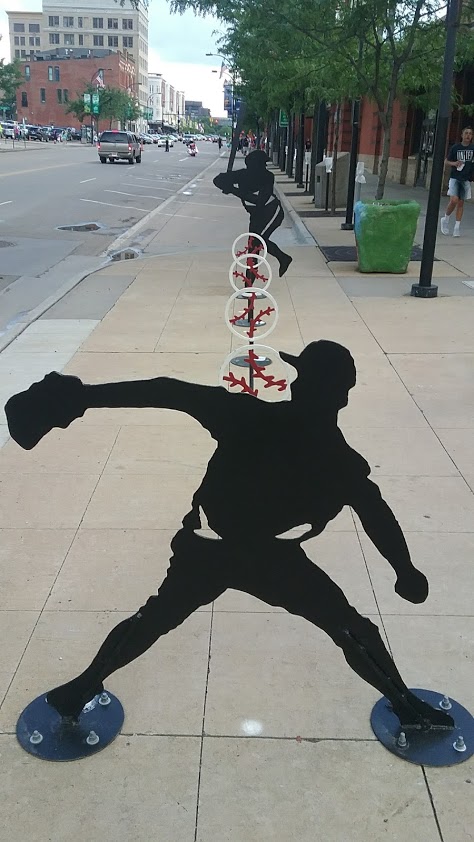 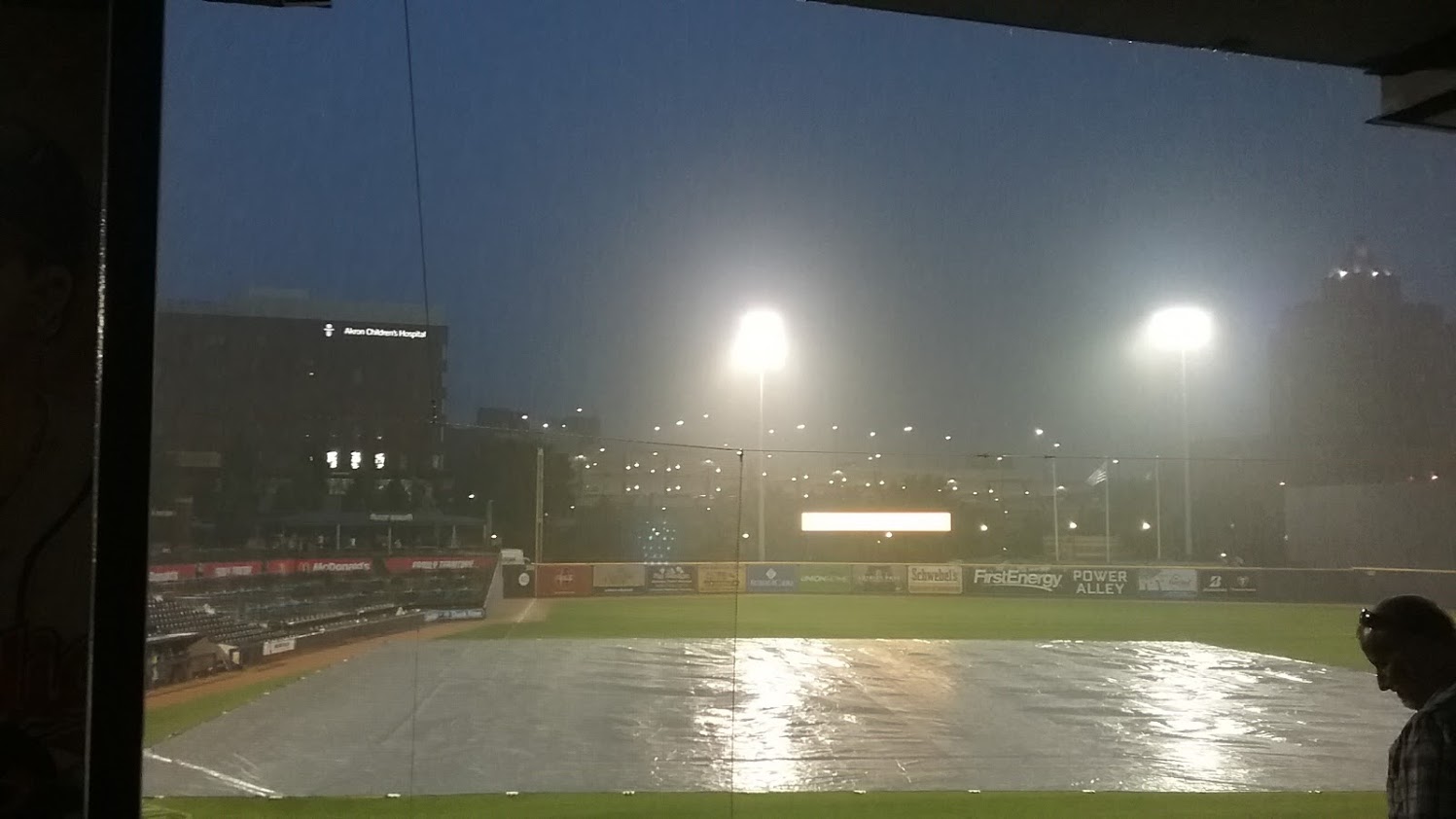 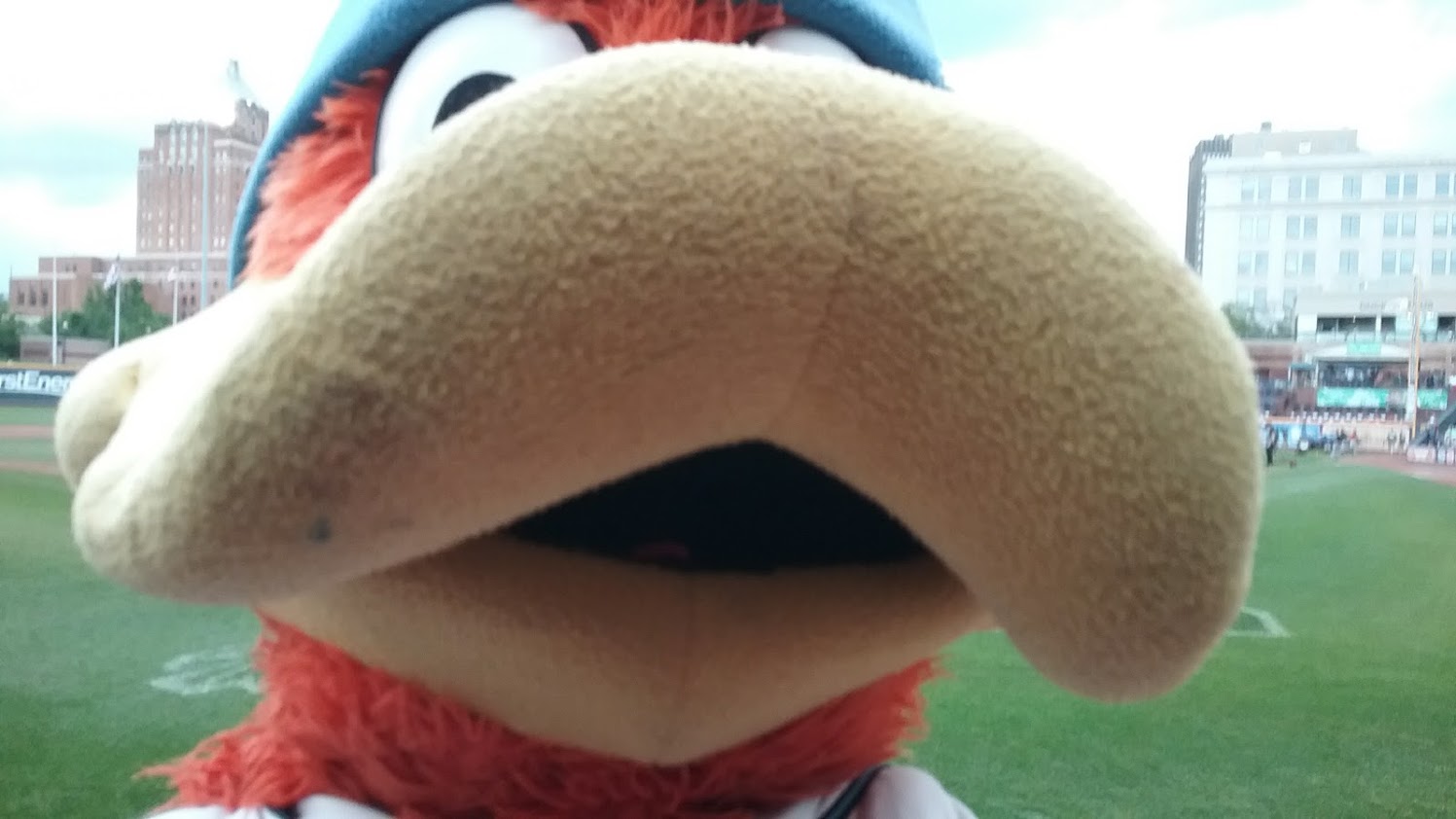 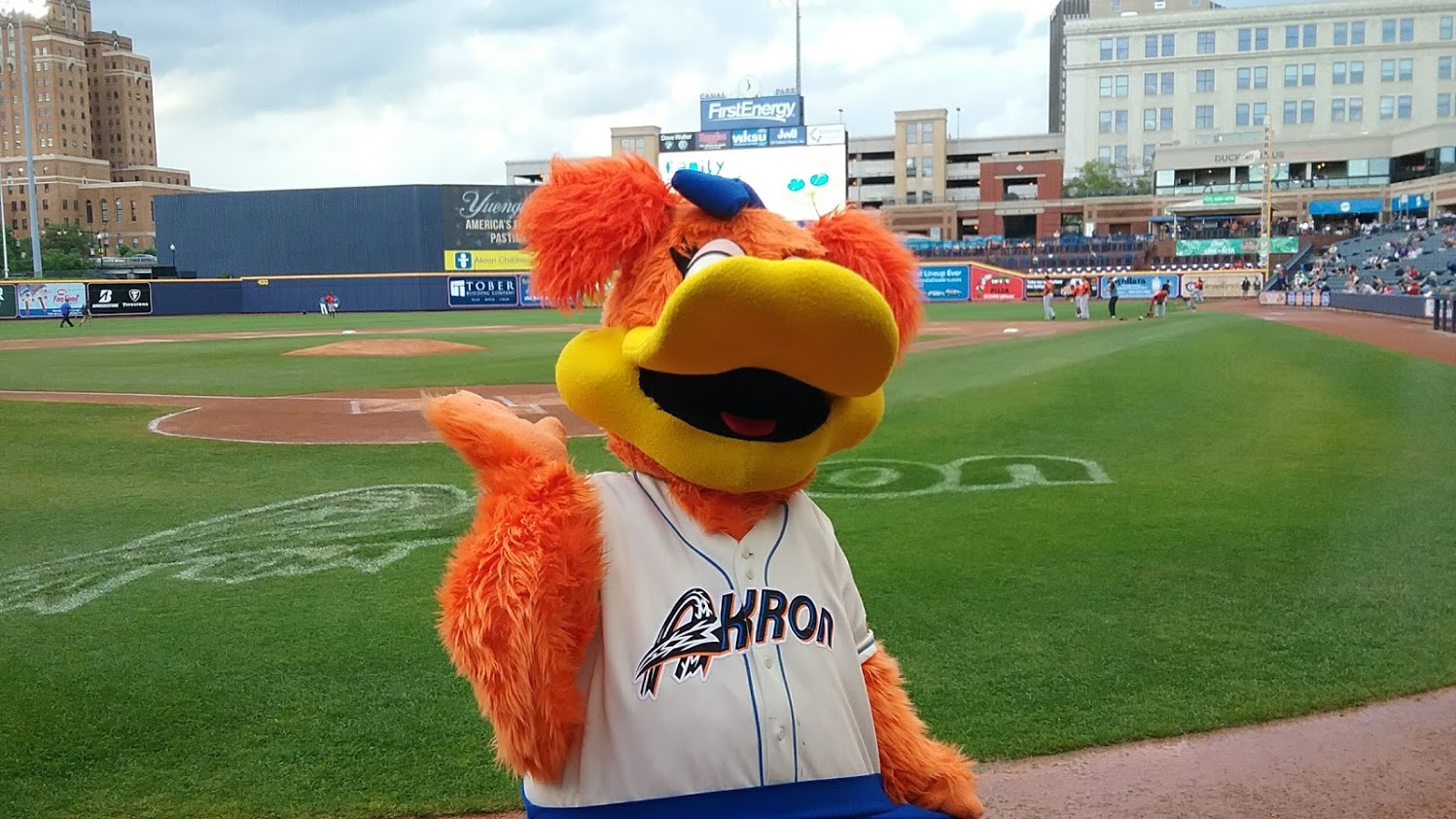