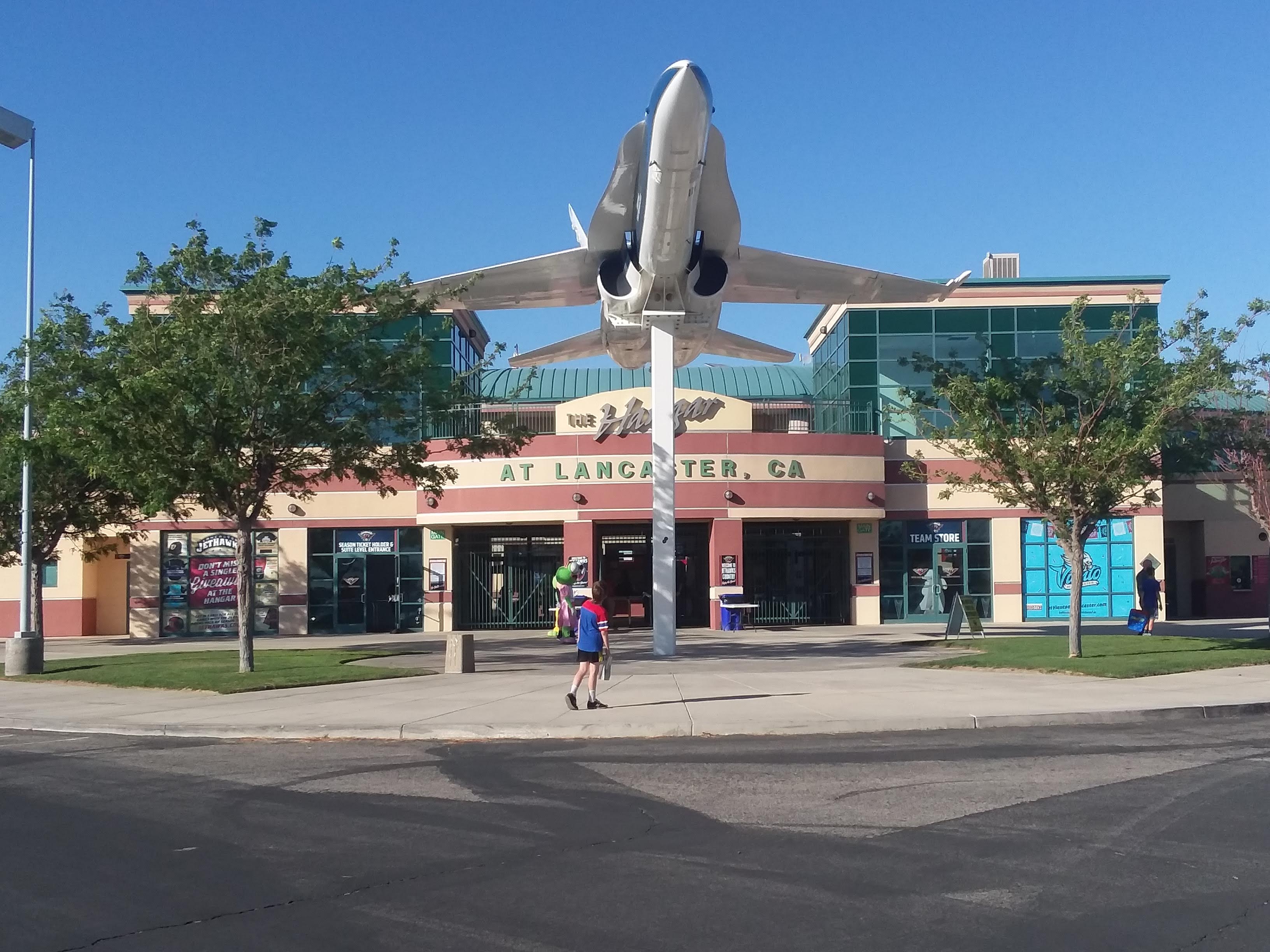 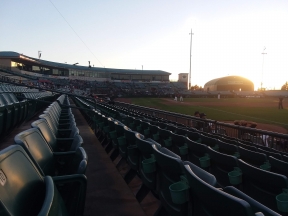 Family spent the morning of this game poking around Sequoia National Park (recommended), and then shot down I-5 on our way to Lancaster for the game. We stopped at the Shell station in Gorman, California to top off the tank. Put in our five gallons and then got prepared for the last half hour of drive to Lancaster.

I got myself ready for what might happen next. Starter out. A tow. A crapload of money. We miss a game or two or three. We miss the Grand Canyon. The kids are disappointed. The trip is ruined. 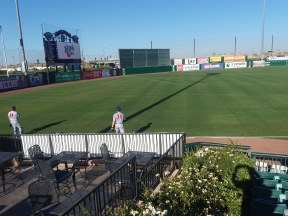 I headed inside the Shell station.

Does he have any contacts for any mechanics?

No. Do you have Triple A?

No.  You don’t know even one mechanic in town?

That’s us at pump 7. [Points at car, which has wife and kids inside]. Do you have a phone book?

It is 97 degrees outside and our car won’t start.

I consider going to the McDonalds across the street, but first try my phone. It has just a sliver of coverage, so I am able to Google “Mechanic Gorman California.” I call the guy. He says he will be there in 5 minutes.

Incredibly, the shop is just on the other side of the McDonalds.

I could have thrown a rock from our car and hit this mechanic, and the guy at Shell claimed not to know any mechanics in town.

Our friend (tactfully, avoiding names) said that he had used to work for the guy at Shell, but that he didn’t feel he was treated well, so he started his own shop and drove the Shell’s mechanic shop out of business, and that the man I saw wouldn’t refer anyone to him. He asked for $45. I gave him $50 and demanded

he not give me change.

Kudos to Alex Saenz at ATG Automotive next to the McDonalds off the interstate in Gorman. If you live near there and have a car, go there! He is a good guy whose goal is to help people.

And if you are the guy at Shell and are reading this, you might mull over how you became a person who rather strand a family with two children in a remote location on a 97 degree day rather than say “There’s a shop over there. You can easily walk there.”  Think about whether that’s who you want to be.

Anyhoo. Thanks to Alex, we got to the Hangar (great name!) in plenty of time for the game. And when I got there, I found a nice little ballpark with plenty of quirks.

First, I noticed a stiff, stiff wind headed out to right field: it was pretty much always easy to view 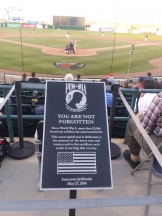 each of the 50 stars on the flag above the field. “Gonna be a ton of homers tonight,” I thought.  I later asked an usher about those winds: whether they were common. “Not all the time,” he said. “Just 90 percent of the time.”

The name JetHawks is fantastic, and refers to the aviation associated with the area. They have made planes for years, including the NASA plane displayed outside the home plate entrance. (Indeed, only as I drove off through the desert outside the ballpark on my way out did I connect Edwards Air Force Base with Space Shuttle landings.)  And they consistently ride the theme through the park, from the mascot to the hangar-like area to eat: it was charming.

It was a bit of a quiet night attendance-wise, with lots of empty seats that became more numerous over the course of a nearly-four hour game. Visiting Stockton took an early big lead: up 8-1. “Remember that no lead is safe in this ballpark,” said the 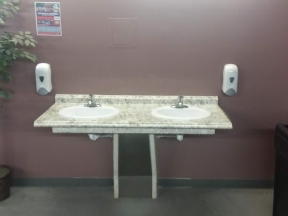 radio guy, whose voice echoed through the bathroom. I thought that was optimistic.

My own kids continued to have a great time through the blowout innings, each in their own ways.

Aaron talked to kids he had met in the play area like they were decades-long buddies. He told them about our trip, about the ballparks and national parks we had seen, about where we were headed, about school, about his favorite YouTubers…just 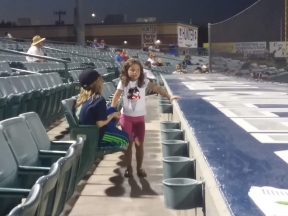 over and over again. This is very much not my personality, and it’s cool to see some recessive genes come through in the kid.

Steven, meanwhile, decided it was time to do some ballhawking. He headed up to the concourse and stood there waiting for foul balls. But, because he is a lover of scoring and math, he’d run down to our seat in front of the dugout between every single batter to write down the result in his scorebook. He’d then run back up to try to catch a foul ball. Nothing came close to him, although he tried to chase down most

balls that fell within 100 yards of him.  Still, he got in at least 20,000 steps in those last few innings running up and down the aisle.

Steven was leaving his seat after marking down a batter in his scorebook in the 8th inning when I noticed a player in the Ports’ dugout ahead of us. He had a ball. He was looking around for a kid to throw it to.

My kid was there.  And he was oblivious. 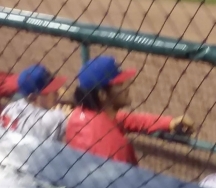 Steven looked, and the player threw him the ball.  I thanked the player. We waved. The game continued.

and whattaya know, the player who threw the ball was a major leaguer on rehab. Sean Manaea. When Steven found he had been thrown a ball by a major leaguer, he beamed. That’s what it’s all about.

Apropos of nothing: the bathrooms were beautiful.  Check it out.

In the parenting department: A ton of angry drunks at the ballpark on this Thursday night (discounted beer, you know). They were shouting at the umpire for any reason and no reason. My younger kid has a strong sense of justice, and shouted back from his seat. 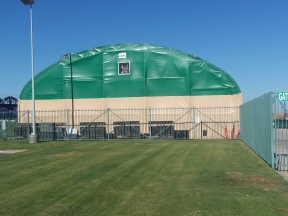 “What do you mean? He was safe! Totally safe!”  (He was, by the way.) Teachable moment: Michelle and I told Aaron that he wouldn’t be convincing the angry drunks of much on this night, and it was best to let it go. He did: give credit to him.

Incidentally, that bit about no lead being safe?  Turns out it was true. Lancaster came back to win 11-10. Three home runs and a walk-off sacrifice fly. One of the more interesting ballgames I will see. That’s why they call it the launching pad.

Regional feel: 6.5/10. Loved all they did with the airplanes, but this came up short in other areas. Hard to say where we were from the seating bowl (just a highway heading past right field, which also meant traffic noise infiltrated the game).

Charm: 2.5/5.  This felt like many other ballparks: not much to make it stand out.

Team mascot/name: 4.5/5.  Really great once I understood the local background. Here’s my younger kid with KaBoom. 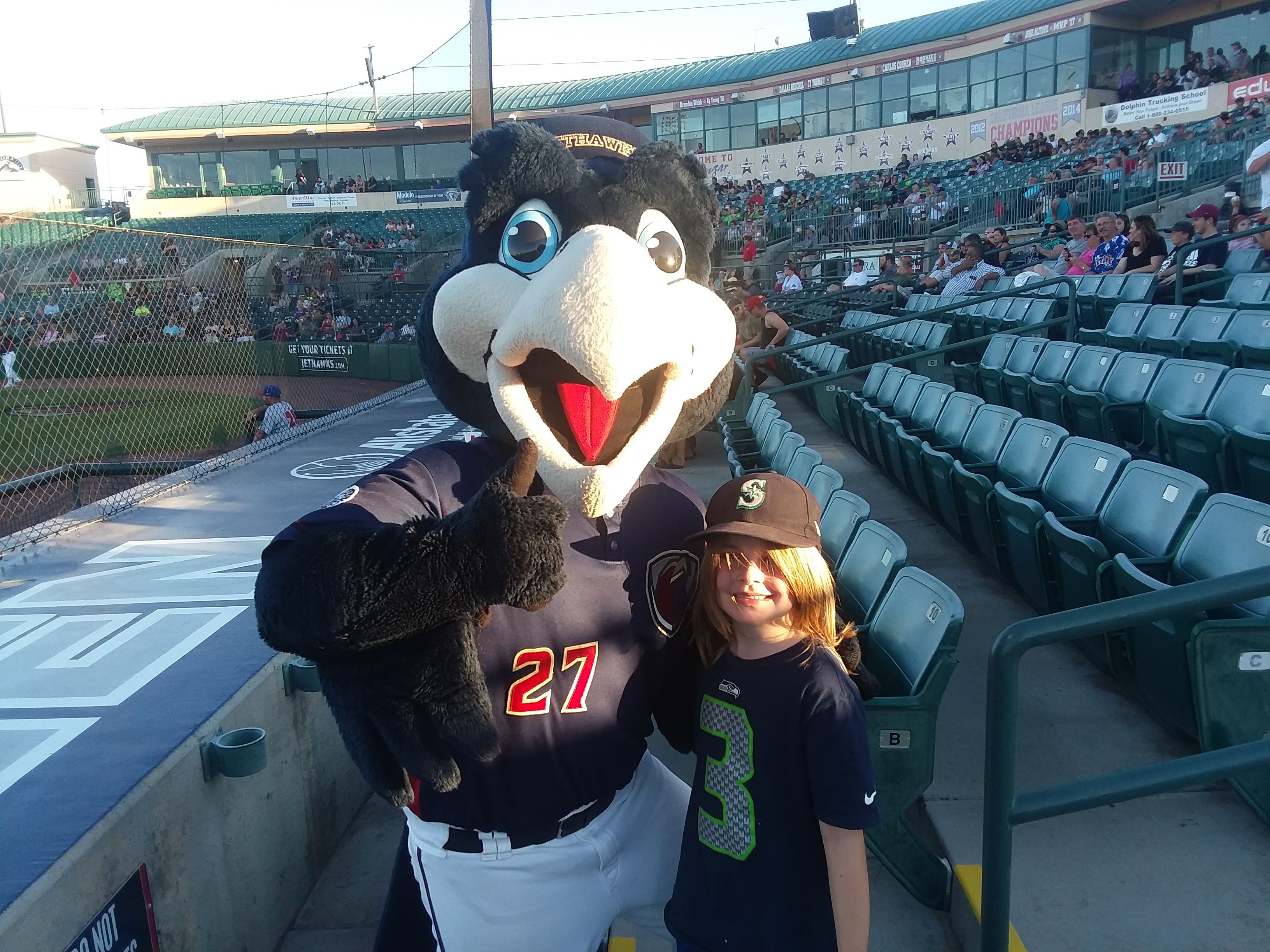 Aesthetics: 3/5.  Pretty, but in the same way other parks are pretty. The highway didn’t help.

Pavilion: 2/5. Not much going on: lots of grass, and it’s impossible to walk around the park. 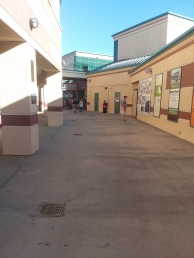 Scoreability: 2/5.  Didn’t do much. Missed some key WP/PB decisions. I had to guess.

Fans: 2/5. Some delightful young fans who played with my younger kid, but the overall environment was drunk and surly (it was Thursday night, of course).

Intangibles: 4/5.  A lot going for it here. Saved by a fabulous mechanic to get to the game, and then saw a massive comeback. Plus a major-leaguer threw my kid a ball.

Austin Bernard hits a two-run home run in addition to a walk-off sacrifice fly. Ramon Marcelino also has 4 RBI including a 3-run homer.

Ryan Grdley goes 3-for-4 with two doubles for the Ports. 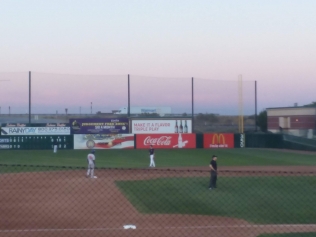