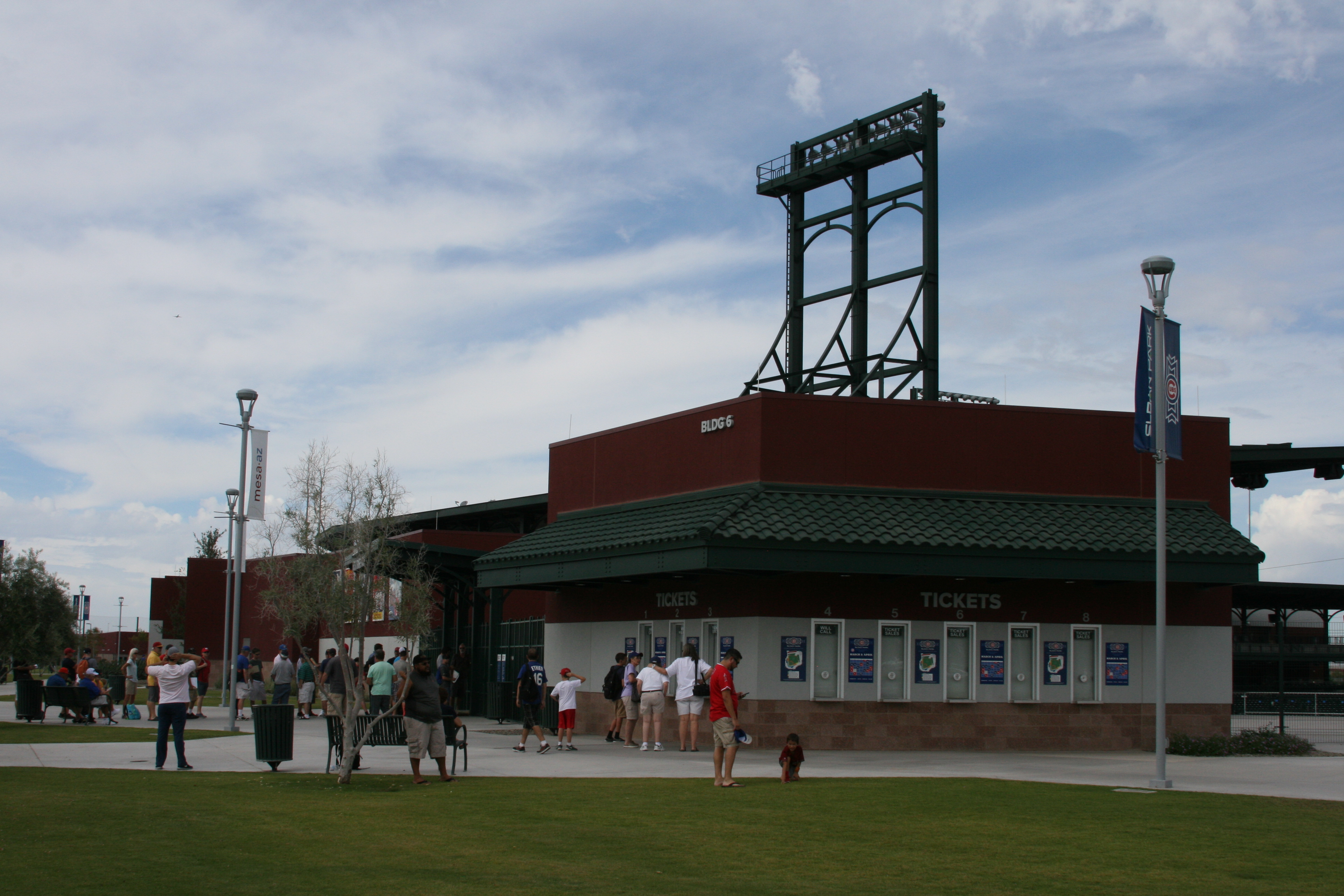 Sloan Park was the most single-team-focused of the three ballparks I visited on my 2015 Arizona Fall League trip. And I knew that Cubs’ spring training was a big deal…but man, I was surprised by just how big. Sloan Park is located adjacent to an absolutely massive hotel that appears to have been constructed with Cubs’ spring training 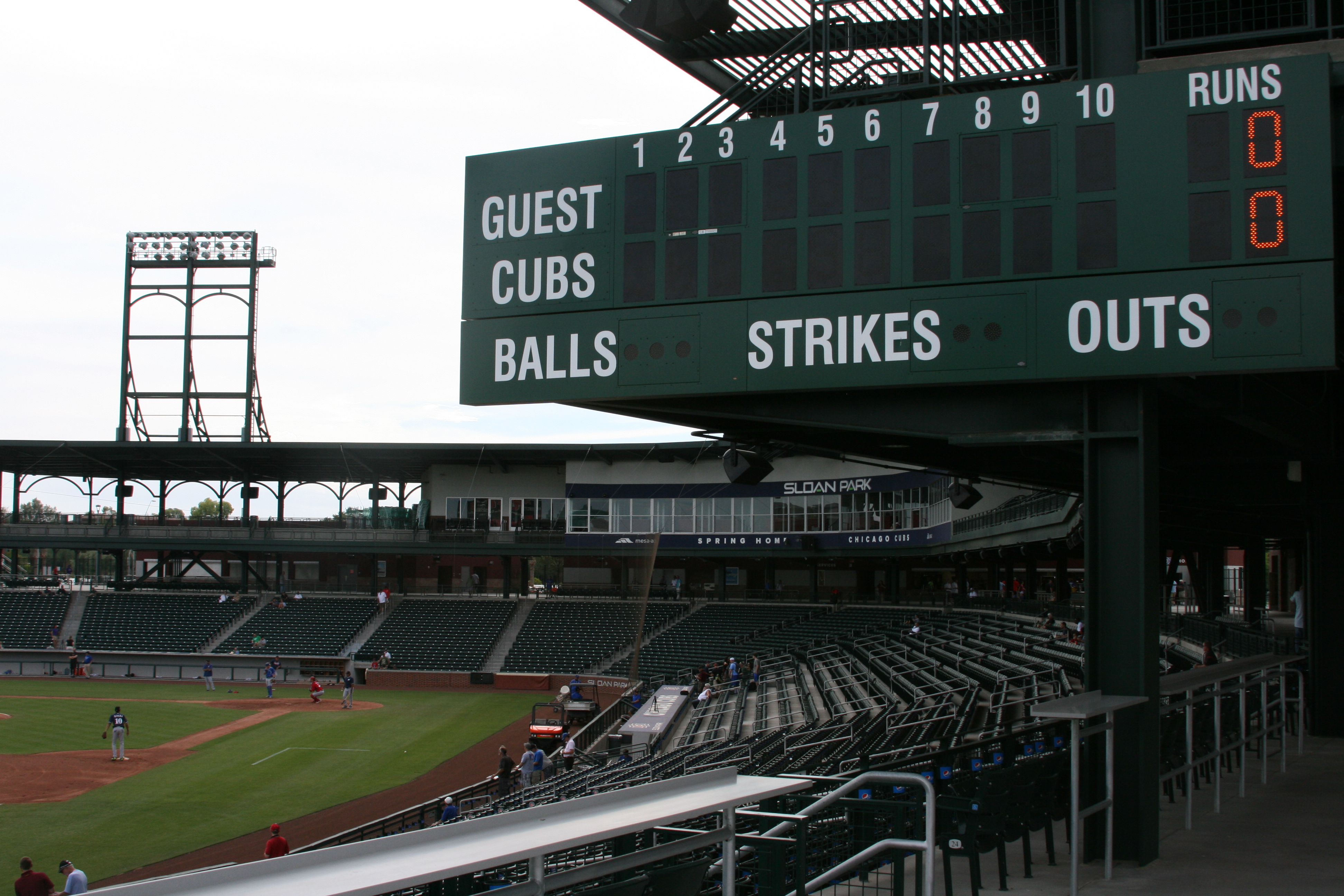 visitors in mind. It appeared to have about ten million rooms, and I would imagine that it’s packed every March, but perhaps a little lonely the rest of the year. It sure didn’t seem to be packed with Arizona Fall League visitors like my friends and I, but then, only a handful were even in the ballpark.

That ballpark was entirely Cubs-centric, and I have to say that I find that to be an annoyance. Given that my number-one goal in a ballpark is local flavor, it feels strange when the local flavor is that from a couple thousand miles away. That said, the ballpark does well in accomplishing the goal of making Cub fan travelers feel as though they are at Wrigley rather than in Arizona. I appreciated the h

uge mock-up of the Wrigley sign at Addison and Clark. I also liked the supplemental scoreboard at the edge of the concourse: not necessary like at the real Wrigley, but a cool diversion. That said, that would feel effective for Spring Training, I suppose, but for the rest of the year, whether t

he Arizona Fall, Winter, or Summer leagues, it

feels a bit too far-away focused.

The game itself was a pretty crazy one. Balls flew out of the yard like crazy, and the game featured more hits than any minor league game I had ever experienced.  Crazy and crooked numbers were covering the scoreboard, and the game kept going on…when…

I got a text from my friend Brian. The game a few miles away in Glendale was stopped and cancelled because of a dust storm, and the dust storm seemed to be headed our way.

The sky was, indeed, split in two quadrants: dirty and

clean. A massive batch of desert sand was high in the air. My efforts to photograph it completely failed, I am afraid: it was 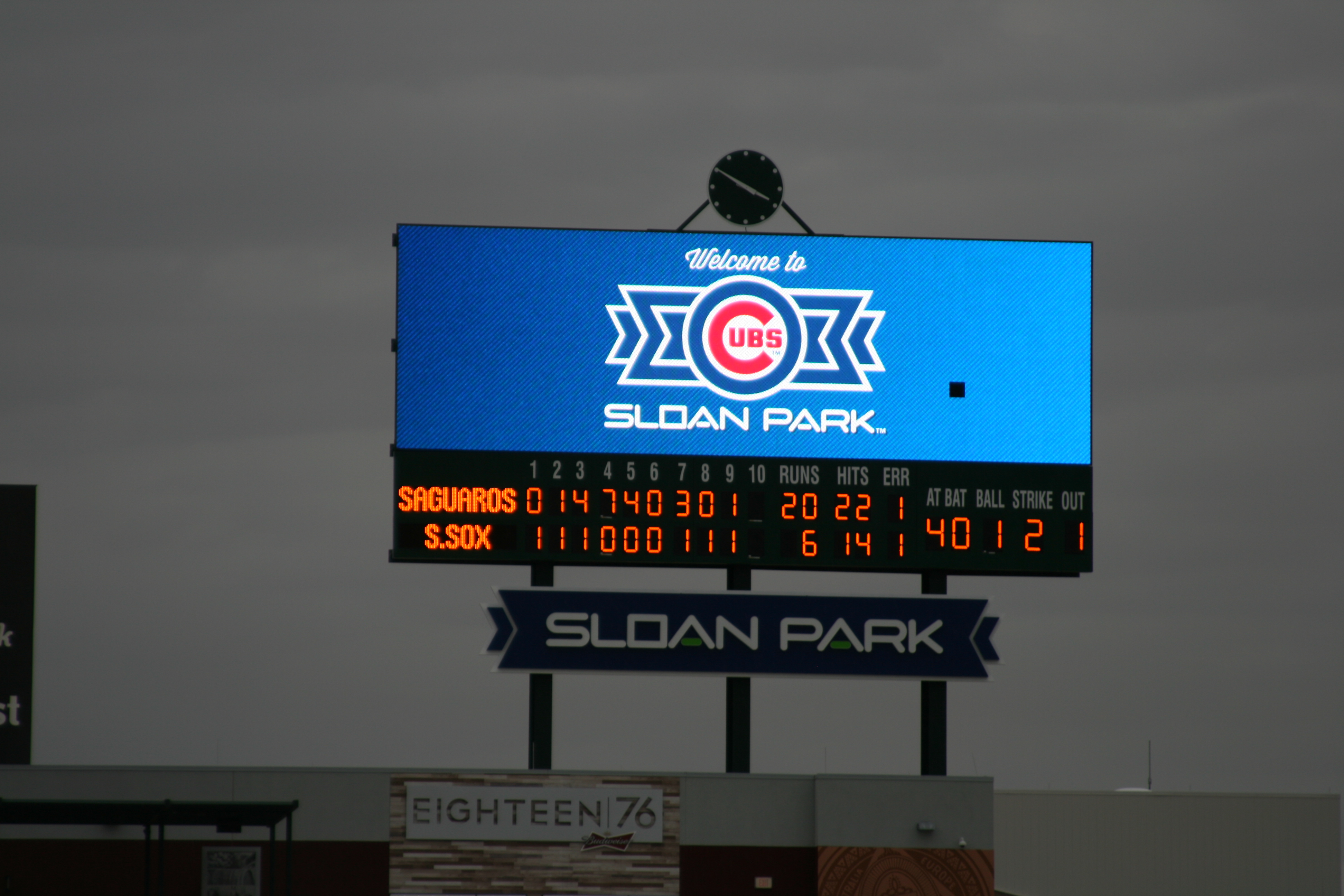 too dark to capture with any real justice. But it was intense. A few players stood with cloth filtering their mouths. Planes overhead were diverted from Sky Harbor airport and looking to stay in the air long

enough to wait out the storm. Matt, Rob and I decided to stick it out and see if we could get the game in, but the game (long since decided) wasn’t nearly as exciting as the sky.

So it turned into an interesting evening that showcased some of the most intense experiences Arizona has to offer–and a couple of ballplayers hitting the ball all over the desert.

The stadium wanted me to think I was in Chicago. The sandstorm refused to play along.

Charm: 3/5
Sure, it was charming, but the charm was aimed in the wrong direction.

Spectacle: 4.5/5
Perfect for the Arizona Fall League (which is to say no spectacle beyond the sandstorm)

Team mascot/name: 4/5
No mascot, which is great (see “Spectacle” above). “Solar Sox” works pretty well as a name.

Pavilion area: 3.5/5
A little far back from the field: there are spots where it’s tough to see the field.

Scoreability: 3.5/5
I don’t remember any problems.

Intangibles 5/5:
Loved the power of the desert!

Jeimer Candelario was the star, with two home runs and three doubles…and he was for the losing team!

Four hits for Ramon Torres and a pair of dingers by Bubba Starling led the way for Surprise. 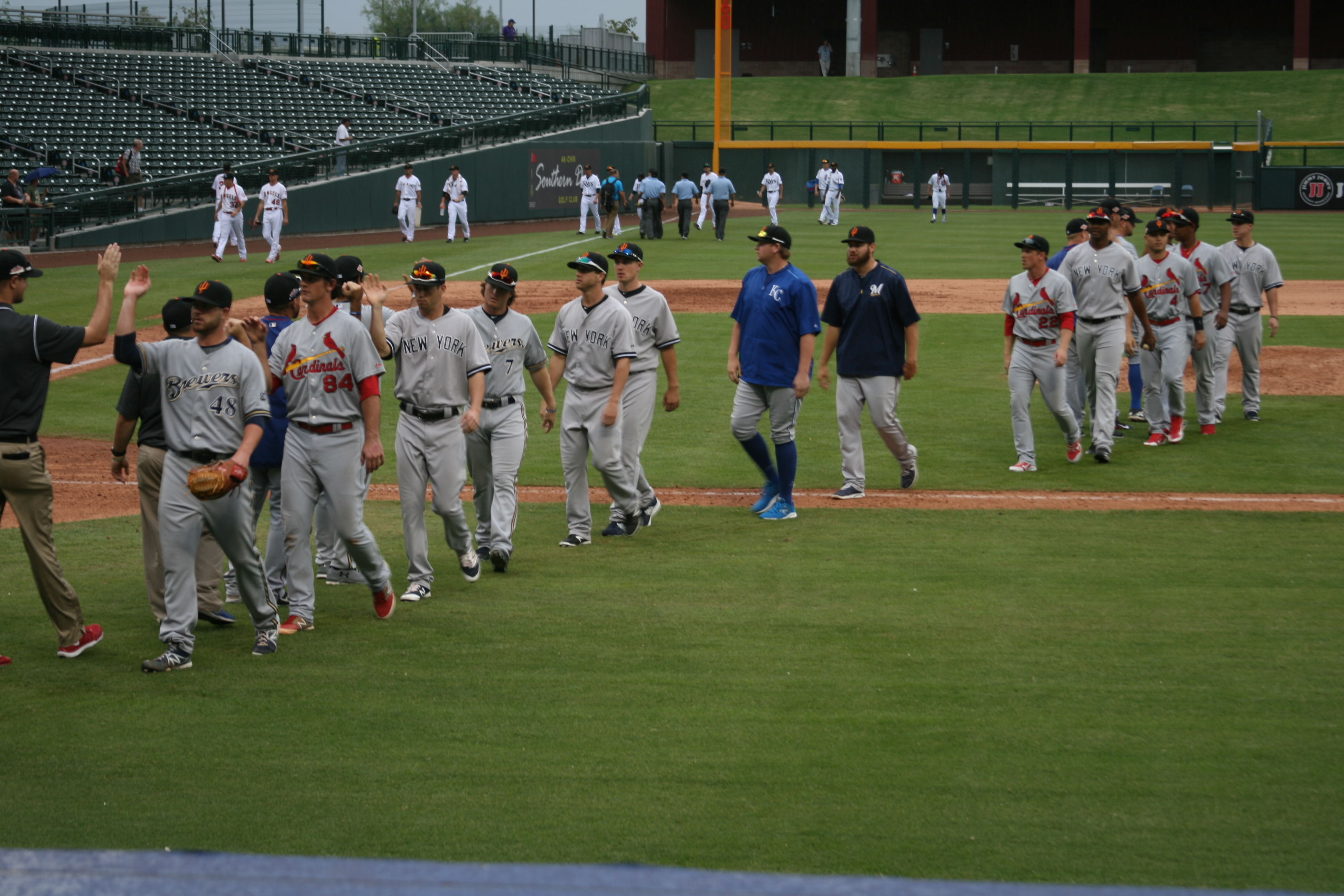