Safeco Field changed its name to T-Mobile Park before the 2019 season.

(Click any photo to see in a larger size.)

Safeco Field is my home major league stadium, but my regular visits, rather than leading me to be biased in favor of the ballpark, have led me to be a little more critical of it than I might.  It’s a nice place, but it doesn’t quite pass the “is there any doubt you are in Seattle” test, with three exceptions:  if you’re up on the third deck overlooking the Sound, on the third deck looking out at downtown,

or if you’re enjoying an Ivar’s salmon sandwich (eight bucks, but worth it).  Also, there’s no open pavilion area where people can hang out in the sun while seeing the game in progress, like there is at Camden Yards, Coors Field, or Jacobs Field.  Then there’s the matter of the retractable roof.  I greeted the idea of a retractable roof with palpable ambivalence.  I’m about to betray a major secret to those of you who don’t live here in the Pacific Northwest:  the summers here are drop-dead gorgeous.  It rains nonstop from about October 1 to about May 1, but during the baseball season, it’s usually clear.  In fact, people with way too much time on their hands checked out the number or rainouts an outdoor Mariner team would have (I think this was 1996), and the number compared favorably to New York and Detroit and other Eastern cities.  Nevertheless, we as taxpayers spent an extra hundred-and-something million for this huge eyesore roof.  While I like knowing there will be a game any night that I have tickets, I don’t like the looks of it or its cost.  Oh well–what can you do.

The best part of Safeco Field is the art.  A huge percentage of the cost went to providing art for the stadium.  My favorite parts are the literary quotes on the gates to the ballpark (hard to see if you’re going to a game, but wonderful if you walk by the park while it’s closed).  Included are an awesome montage of major league (and historical Seattle) teams’ logos done in license plates and aluminum from pop cans, a 3-D commemoration of the winning play of the 1995 ALDS, and an archetypal representative of every position on a baseball field. 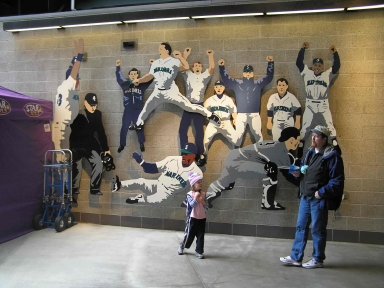 All of the family and friends I visited the Kingdome with, I also have visited Safeco with.  I saw the second-ever game at Safeco with my brother and his very pregnant wife (it was our job to protect her from foul balls).  My folks’ 30th birthday present to me was taking me to see John Olerud hit a walk-off home run.  (I am so predictable.  This is what I ask for every year.  My birthday brings out the best in the Mariners.  The previous year, Ken Griffey Jr. hit an eighth-inning game-winning grand slam at the Kingdome.)  I enjoyed the loudest stadium I’ve ever been in–and perhaps the best game–when fellow bookish baseball fan David and I saw Edgar Martinez hit an eighth-inning grand slam to beat the Yankees in 2000.

By the time the M’s moved to Safeco, I had a real-live teaching job, and to celebrate, I began what I hope to be an annual tradition:  the Because We Can Game.  It’s the first weekday afternoon game after school ends.

If you see me and a bunch of teacher friends heading to the ballpark some summer weekday afternoon, thumbing our noses at you poor suckers who have to work, it’s the Because We Can Game celebration.  Every year, I notice an incredible number of people arriving at the last minute or an inning or two late.  You poor people playing hooky!  If only you had my job.  (Of course, you’d be working your butt off, as I do, throughout the rest of the year, and for not nearly enough pay.)

Only my dates have changed since the Kingdome days.  Although it wasn’t technically a date, Erin personifies my absolute favorite kind of female baseball companion.  She’s a brilliant non-fan (now working on a doctorate at Cambridge…that’s right, a real dumbass) who is eager to learn about the game.  She showed (or at least did a really good job faking) interest in every arcane rule, scoring decision, and player story I came up with.  Gabriella was a fun girlfriend I took to a couple of games, but for whatever reason, she wasn’t as outgoing at ballgames as she was at every other moment of the day.  Maybe she thought I was too transfixed by the contest to be bothered with conversation.  Baseball, of course, invites conversation among its participants.  You can talk about anything at all and not lose track of the game situations.  Still, in spite of her ballpark silences, Gabriella goes into my Ballpark Hall Of Fame for her skill at drawing low ticket lottery numbers.  There were 500 people lined up at her local drugstore waiting to pick numbers for 2000 ALCS tickets.  I drew #436.  She drew #16.  As such, I got to go to my 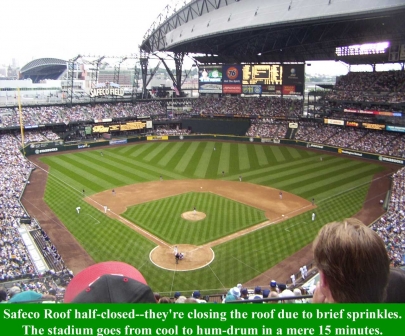 In August of 2001, I had my first baseball date with a woman who is actually more hard-core a fan than I am.  It’s a scary thought, but it was certainly a wonderful experience.  Now, you might ask–did I rush this relationship by going to a Mariner game too early?  The answer:  absolutely not.  We worked our way up through the minor leagues.  Our first date was a single-A Everett AquaSox game.  Then, about a month later, when we knew each other better, we headed down to a triple-A Tacoma Rainiers game.  We needed to get our cuts in, maybe have some scouts get a look at us, before we headed to the majors.  It was an excellent choice:  we were ready when we finally made the show.  We subsequently worked our way through the Division Series (traveling to Jacobs Field to do it, no less!) to the ALCS together (amazingly, she duplicated Gabriella’s ticket-lottery mojo).  Some relationships head straight to the major leagues, then flame out too quickly.  Mine–well, it started at about the All-Star break and ended a few minutes before Game 7 of the World Series.  ‘Twas fun, but ’twas not permanent.  Like the M’s run that year, I guess.

In any event, I’m finding it’s actually harder to write about my home stadium than about any other stadiums–in good part because I feel like my impressions of the stadium–and the self and others I take there–are obviously very much in flux.  So, I guess if you want to know my current feelings about the Safe, and cool stuff and people I’m seeing there, you can either wait ten years or send me an email.  Sorry to cop out, but hey.

After Andy Pettitte takes a no-hitter to

the sixth inning, Seattle comes back and wins on a grand slam by my favorite Mariner, Edgar Martinez.

Game 4 of the 2000 ALCS: New York 5, Seattle 0.  Roger Clemens one-hits the Mariners and strikes out 15, tying the LCS record.    The hit was nearly caught by Tino Martinez…it was very close to a no-hitter.  Derek Jeter hits a 3-run homer; Dave Justice hits a 2-run homer.

I saw the historic 2001 team play a total of ten games at Safeco–and the 116-46 team went 5-5 in my presence (one loss was on a three-hitter, eight innings of which were pitched by Pedro Martinez).  Clearly I was bad for the team.

Best Mariner pitching performance:  Jamie Moyer.  A two-hit shutout (with relievers Rhodes and Sasaki) against the Orioles in 2001.  Honorable mention:  Joel Pineiro pitches a complete-game three-hit shutout against the Rangers in 2003.

9-9-2001:  Cal Ripken’s last game in Seattle.  He received some nice gifts and spoke eloquently before the game.  He then went 0-3 against Moyer, his former teammate.

9-18-2001:  The first game after the 9/11 terrorist attacks.  Quite emotional…it was interesting getting back into the cheering.  I didn’t like looking up at planes going overhead.

I attended the final game of that regular season for the M’s; they had a chance to win a record 117th game.  They lost.  But I still can say I’ve been to one of only two regular-season games in MLB history that featured a 116-game winning team.  (The other:  the 116-36 Chicago Cubs ended their season with a 3-3 tie against the Cardinals in St. Louis on October 7, 1906.  I missed that one.)

Game 2 of the 2001 ALCS:  New York 3, Seattle 2.  Mike Mussina and Mariano Rivera are too damn much to beat.  I hate the Yankees.  I find it unjust how they can afford to buy the best teams year in and year out.

If I give props for Edgar’s game-winning grand slam against the Yankees, I have to give props to a visitor who does the same thing.  San Diego’s Rondell White hit a ninth-inning game-tying grand slam as the Mariner bullpen melted down in an 8-6 Padre win on June 29, 2003.

The final game of the lamentable M’s 63-99 2004 season, a 3-0 loss to Texas, was memorable for two reasons.  First, Ichiro Suzuki extended the record for most hits in a season by getting base knocks #261 (a single to center off of Chan Ho Park) and #262 (a single to center off of Ben Shouse).  Second, it was the last game in the majors for Edgar Martinez, who (alas) went 0-for-4, grounding into two double plays.  Still, he received standing ovations for every at bat and several curtain calls.  What a stud.

Oakland clinched the 2006 AL West crown here while I watched jealously.  They jumped up and down on the field after a 12-3 victory on September 26, 2006.

A 2009 gem by Zack Grienke against an injury-depleted Mariners lineup.  He gives up only one hit–a Kenji Johjima single in the second inning.  With a man on first and no score, Royals center fielder Mitch Maier plays it safe and lets the ball drop in front of him to protect the team from a run.  If it’s the 8th inning, though, he dives for that ball and might get it.  That’s how close I was to seeing a no-hitter.

2011:  Jason Vargas shuts down the Phillies on Father’s Day with a 3-hit shutout.  At that moment, the Mariners looked like they had it together: then the wheels totally cameo ff.

2011: A bizarre situation:  The Florida Marlins came to town as the home team: Land Shark Stadium was unavailable for the series due to a U2 concert.  Seattle bat first and wore grey.  I sort of hoped that the Mariners would put Marlins’ stuff on the scoreboard, invited Billy Marlin…but no dice.  In fact, the Mariners taunted the Marlins as they ran out, playing “Beautiful Day” as their taking the field moment.  In fact, the Marlins taking the field was the weird moment.  Instead of shouting “Ladies and Gentlemen, your SEATTLE MARINERS!!!”, Tom Hutyler, the PA man, simply said “Ladies and gentlemen, the Florida Marlins.”  Which sort of led to polite Pacific Northwest golf claps.  I’m just glad that the Marlins didn’t have a walk-off hit…that would have been horrible.  But Felix Hernandez wouldn’t let that happen.  He and Brandon League combined on a 2-hitter as the Mariners won 2-1.

2012:  Felix is peak Felix.  He mows down the Red Sox, pitching a five-hitter, striking out 13, walking one.  But the Mariners are so horrible offensively that they don’t score, and don’t score, and don’t score…finally scratching one across for a walk-off win in the ninth.  I literally danced. DANCED. It helped that there were some smug Sox fans in attendance: seeing them sad is nice.

One thought on “Safeco Field/T-Mobile Park” 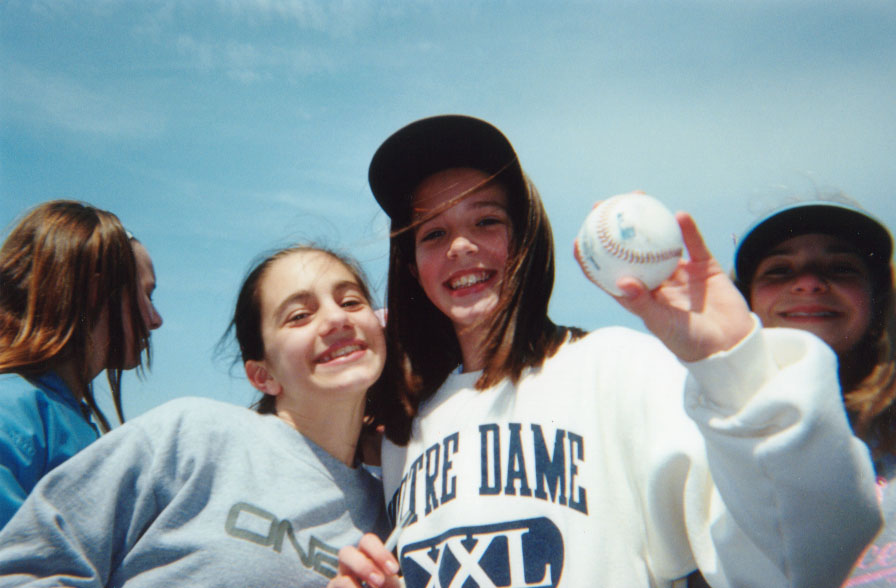 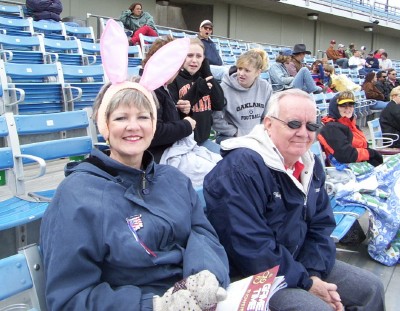 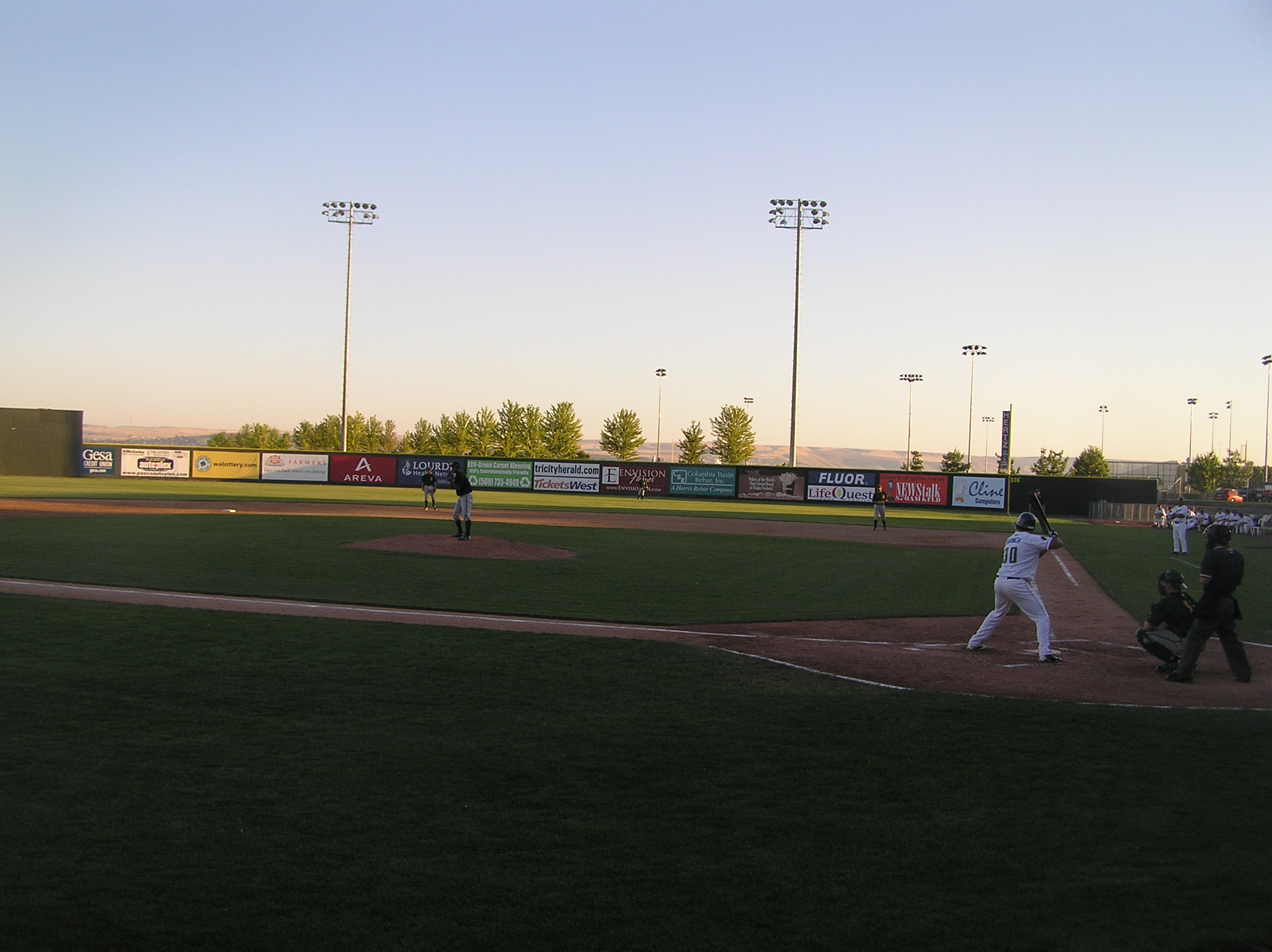 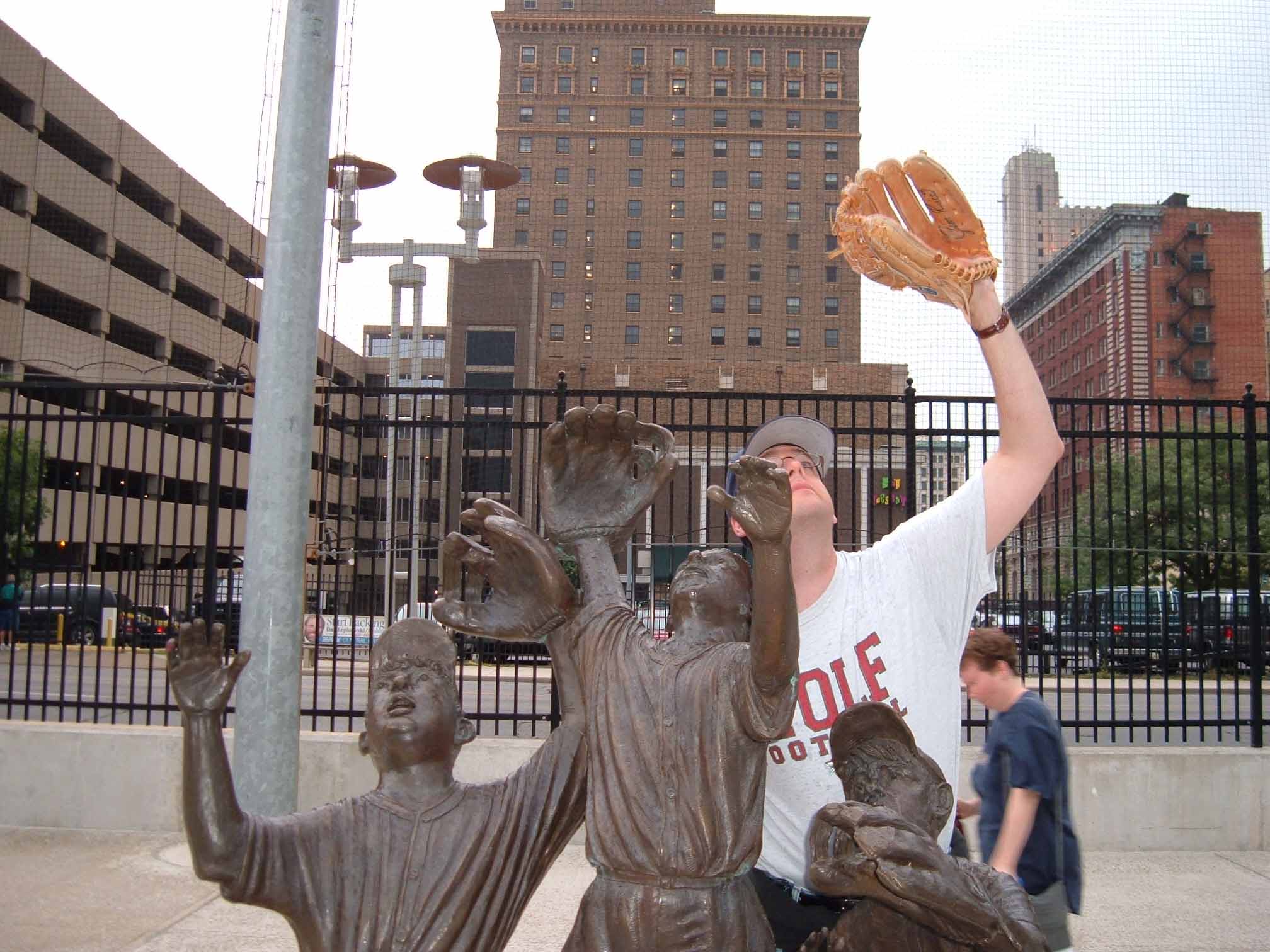 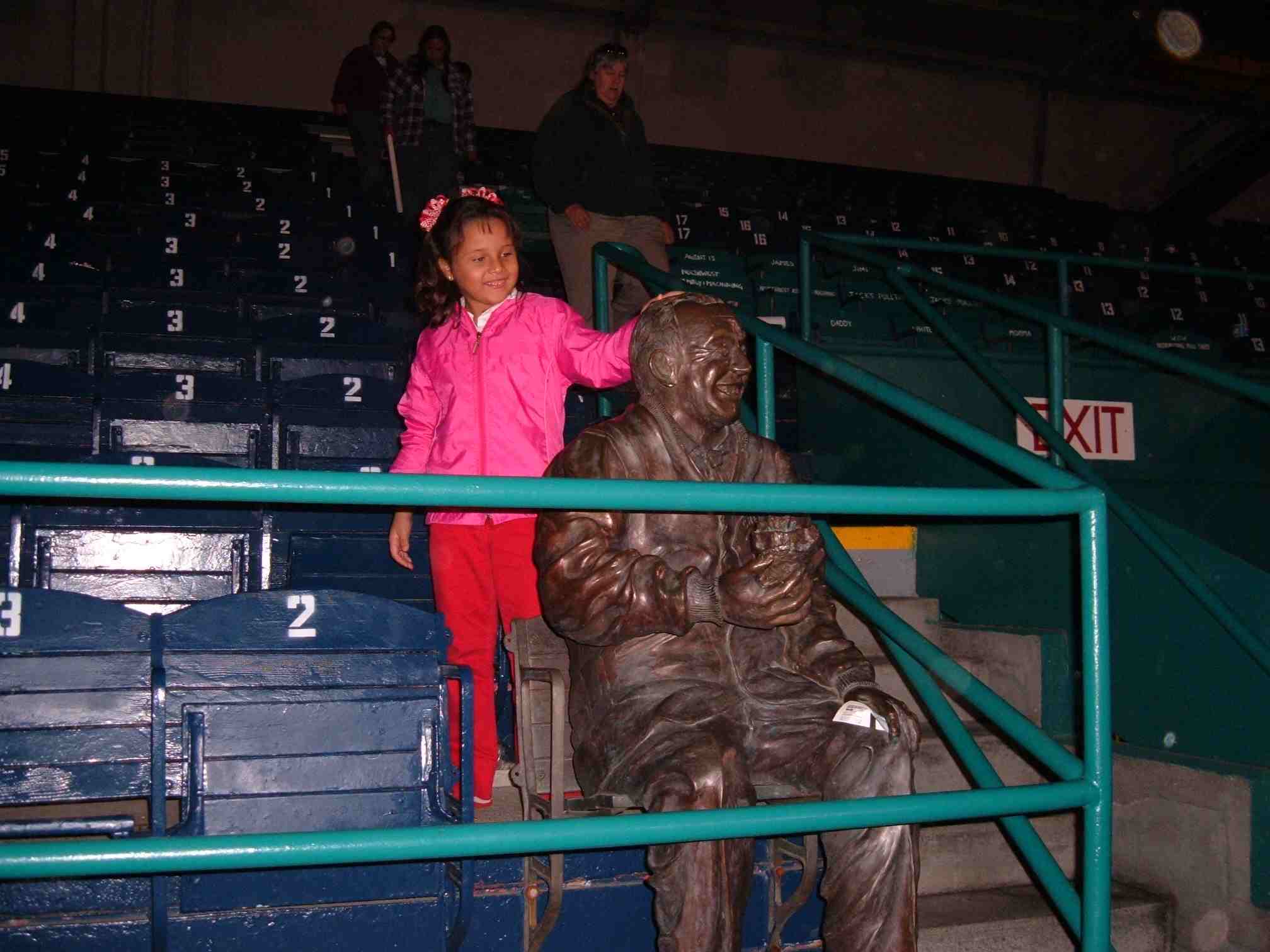 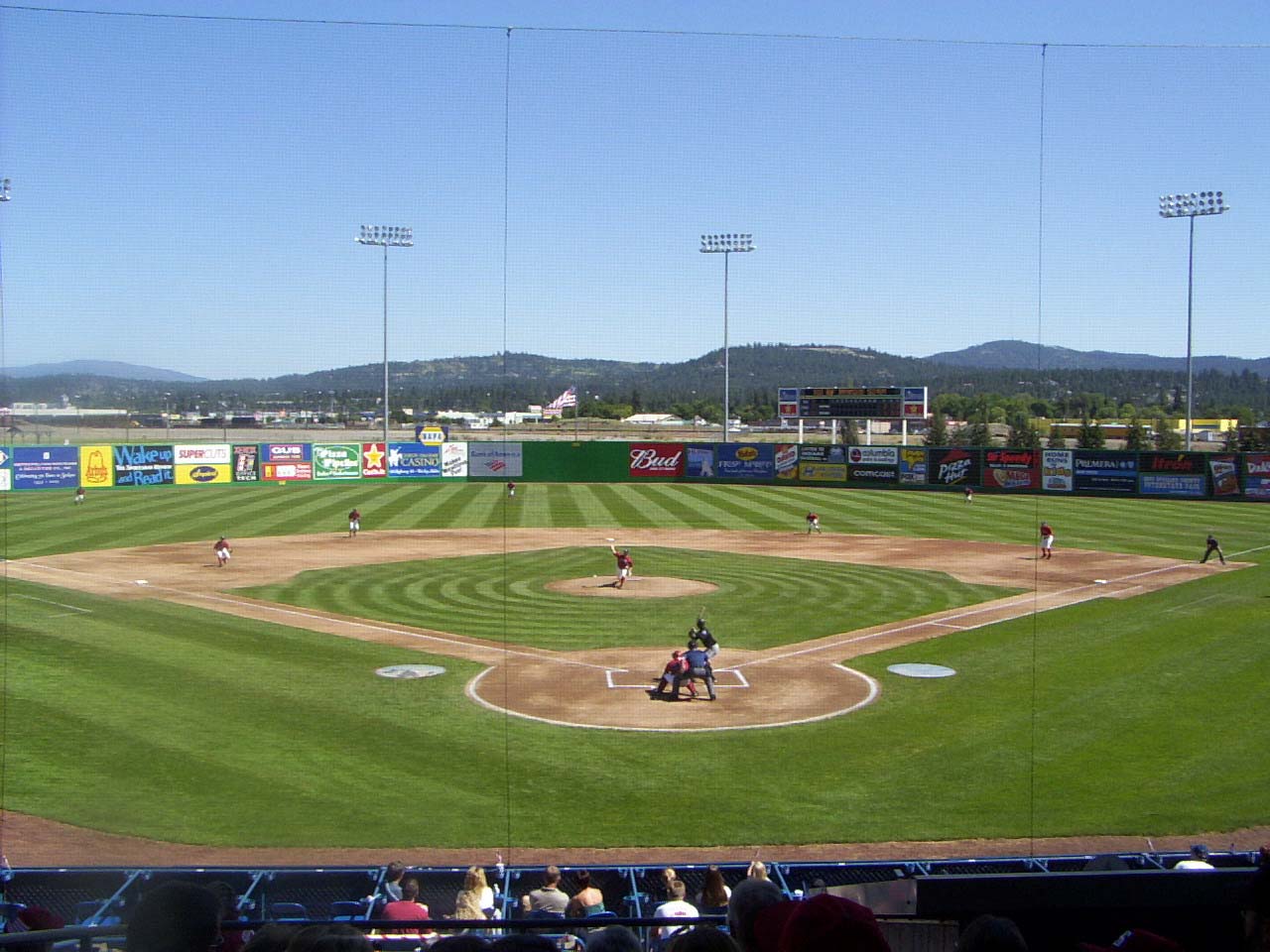 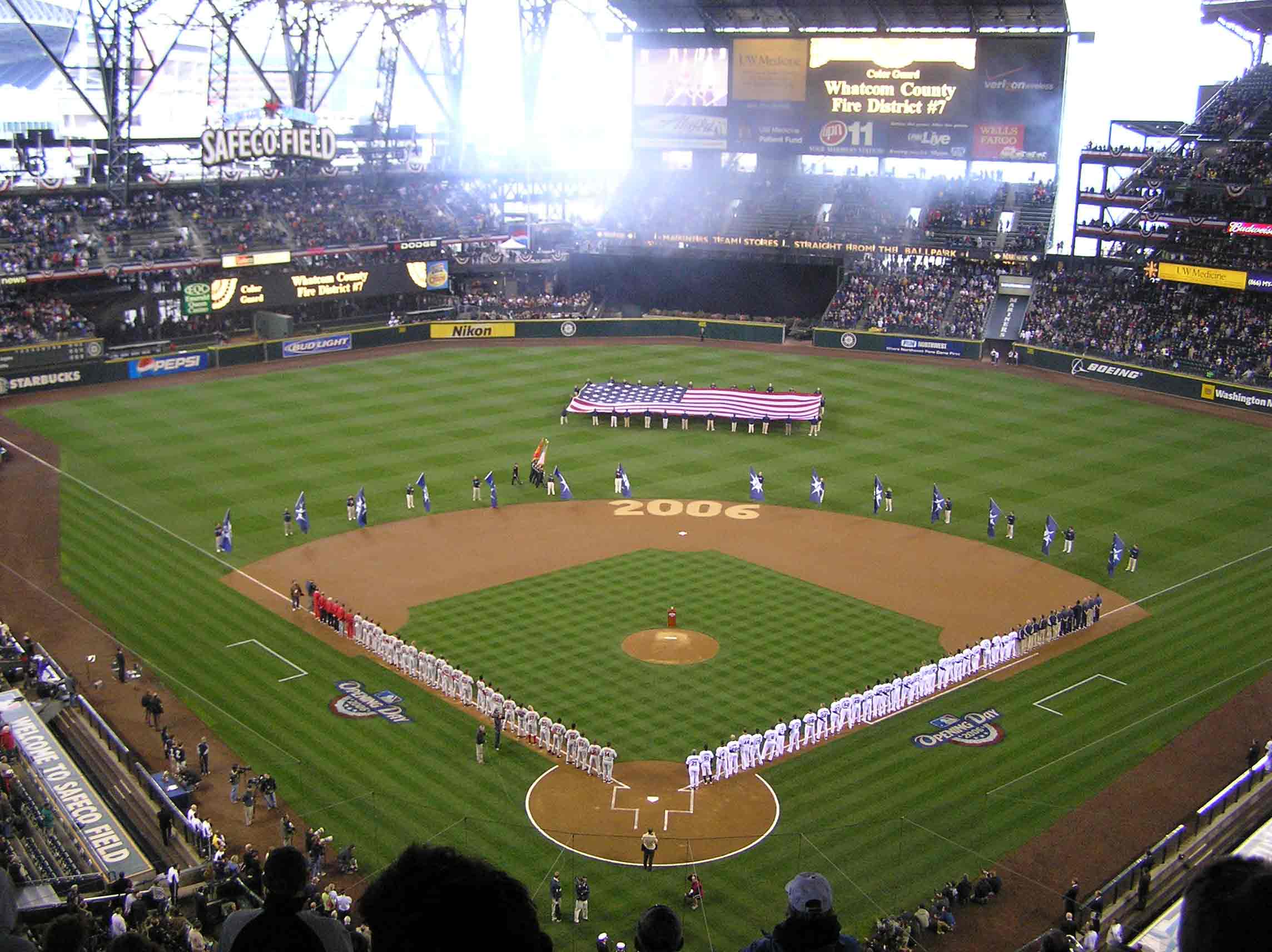 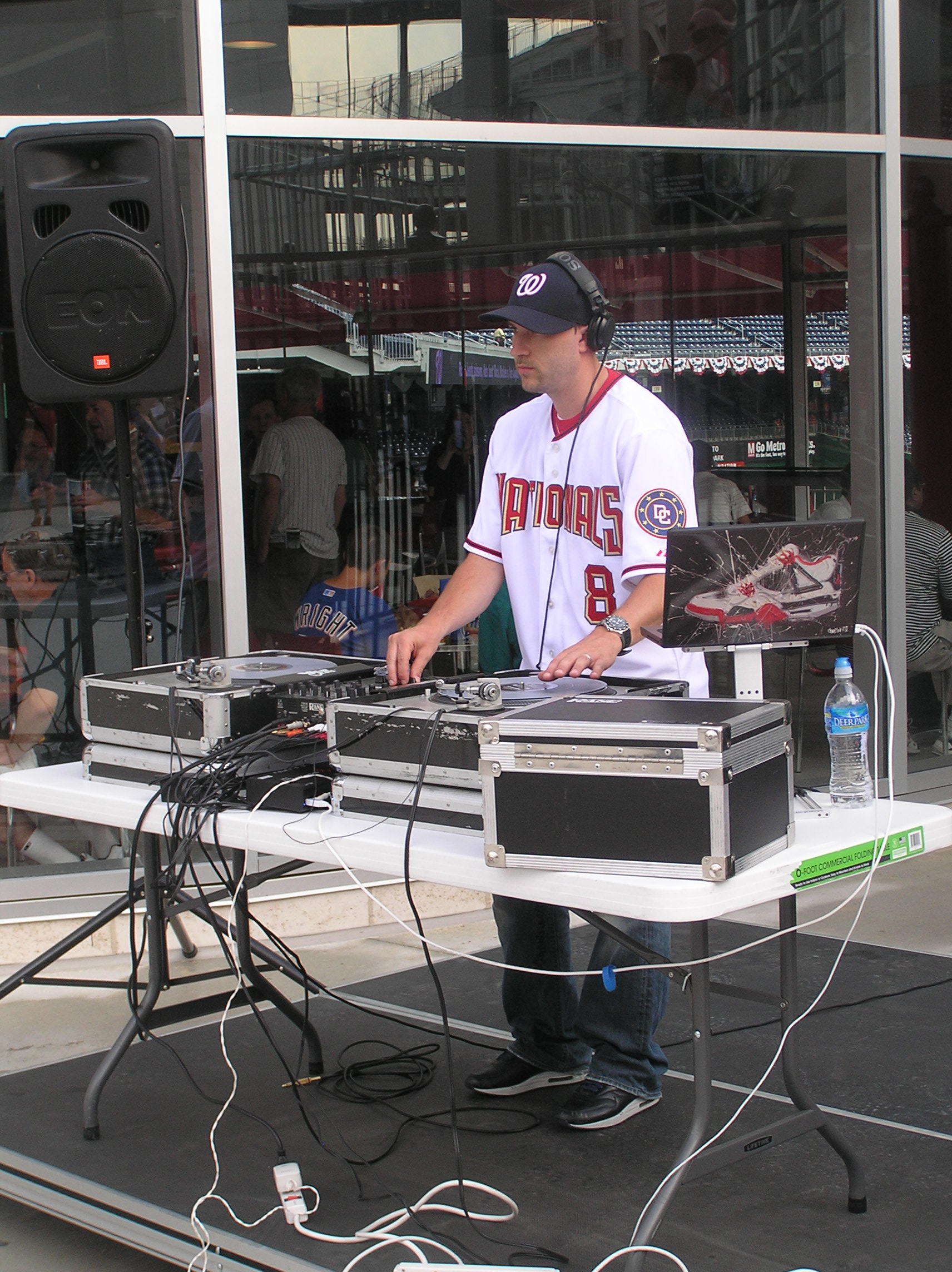 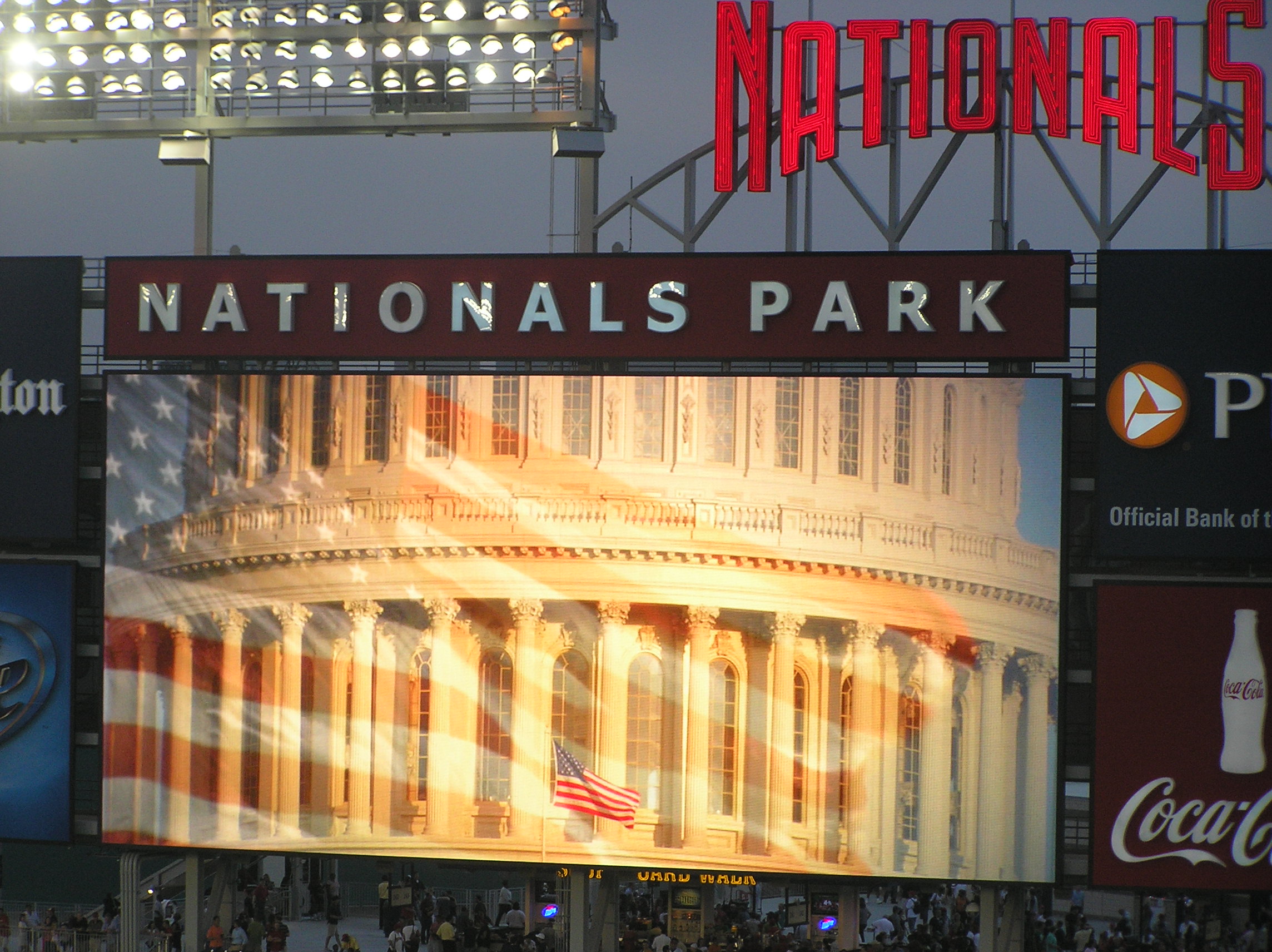 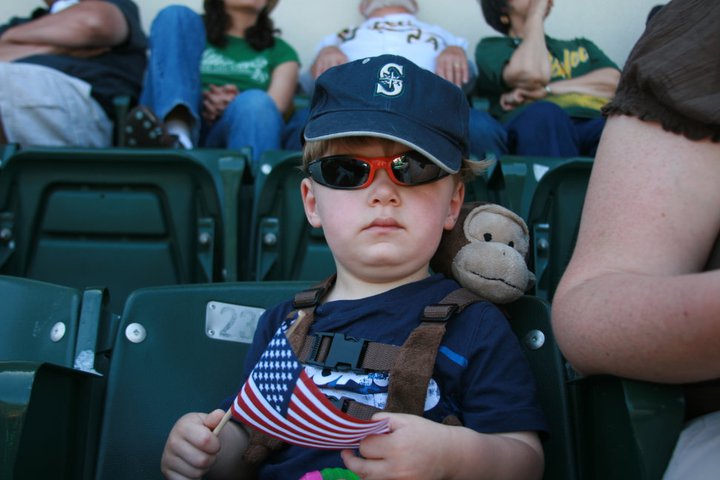 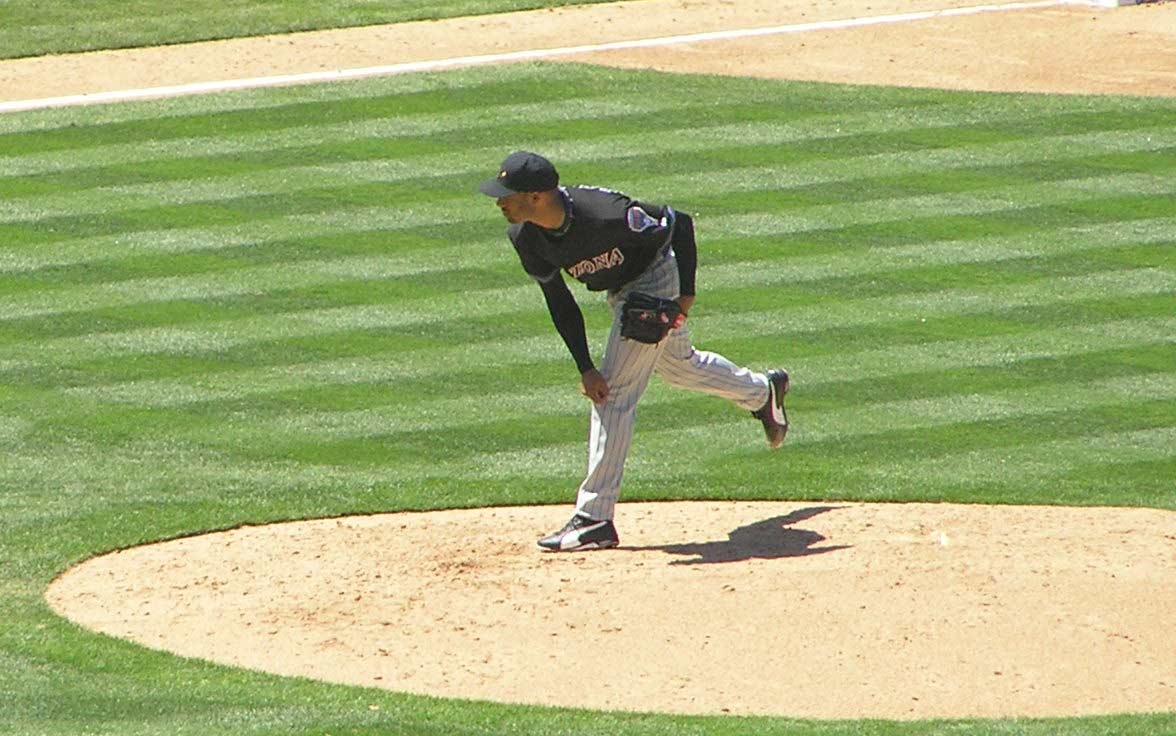 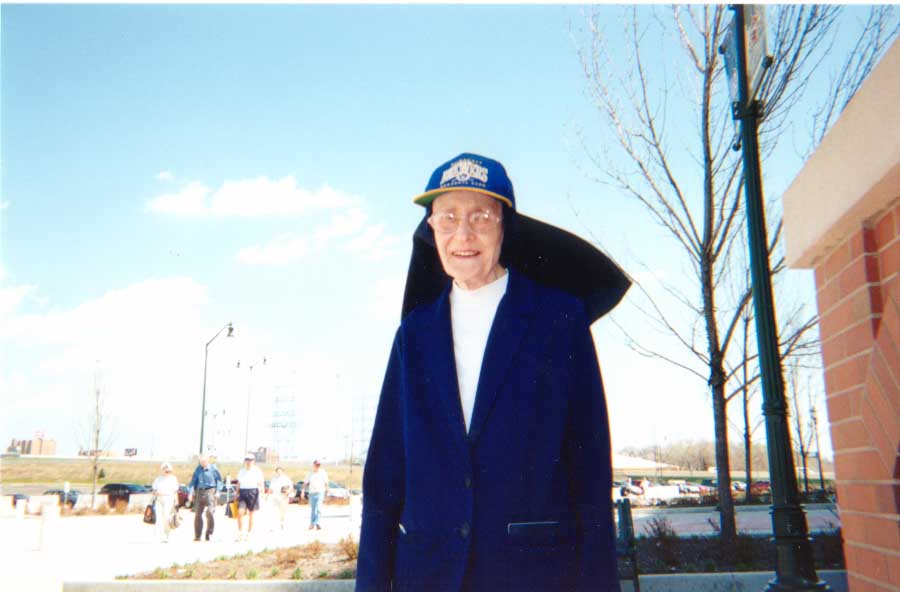 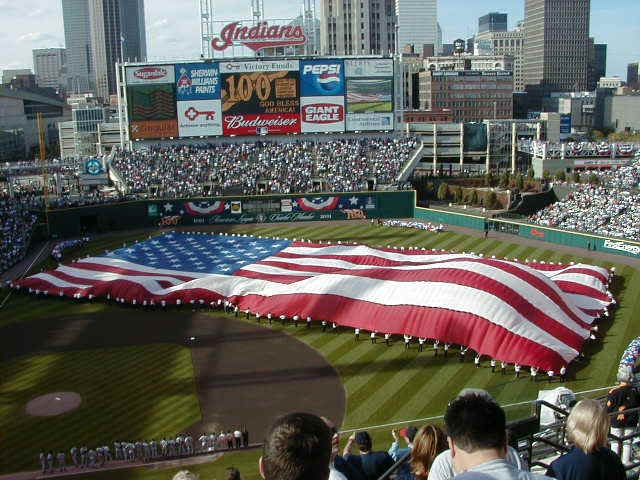 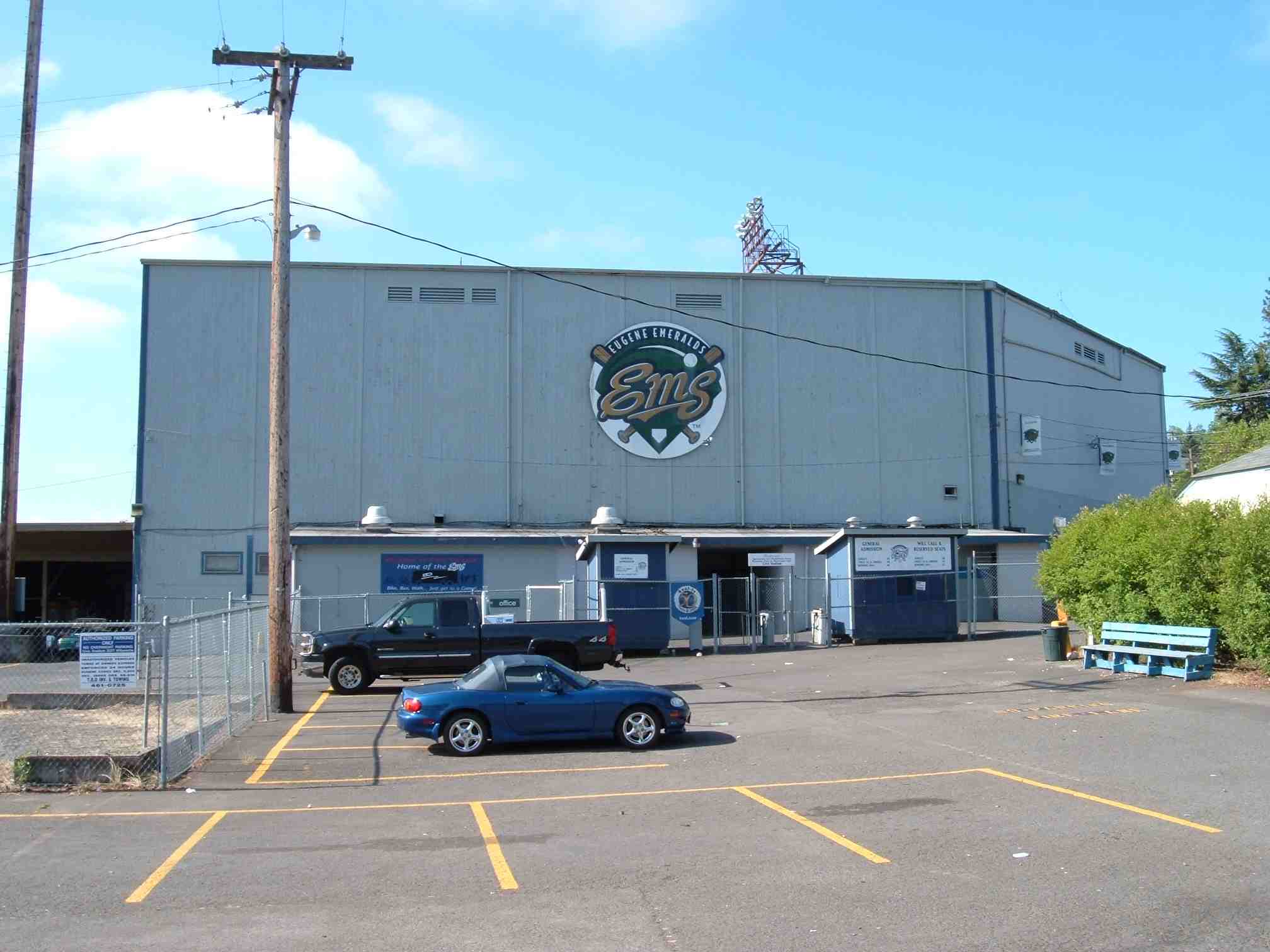 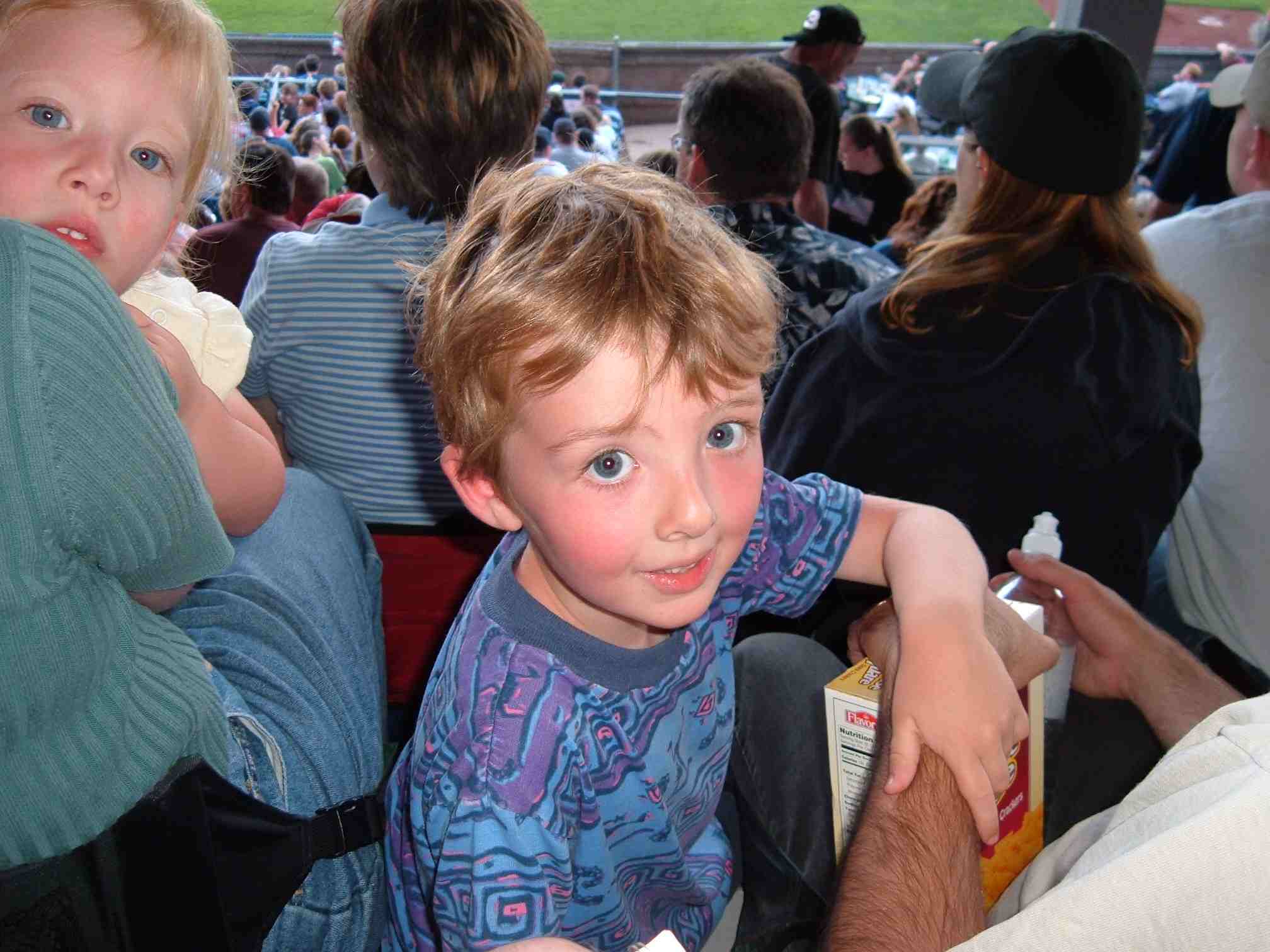 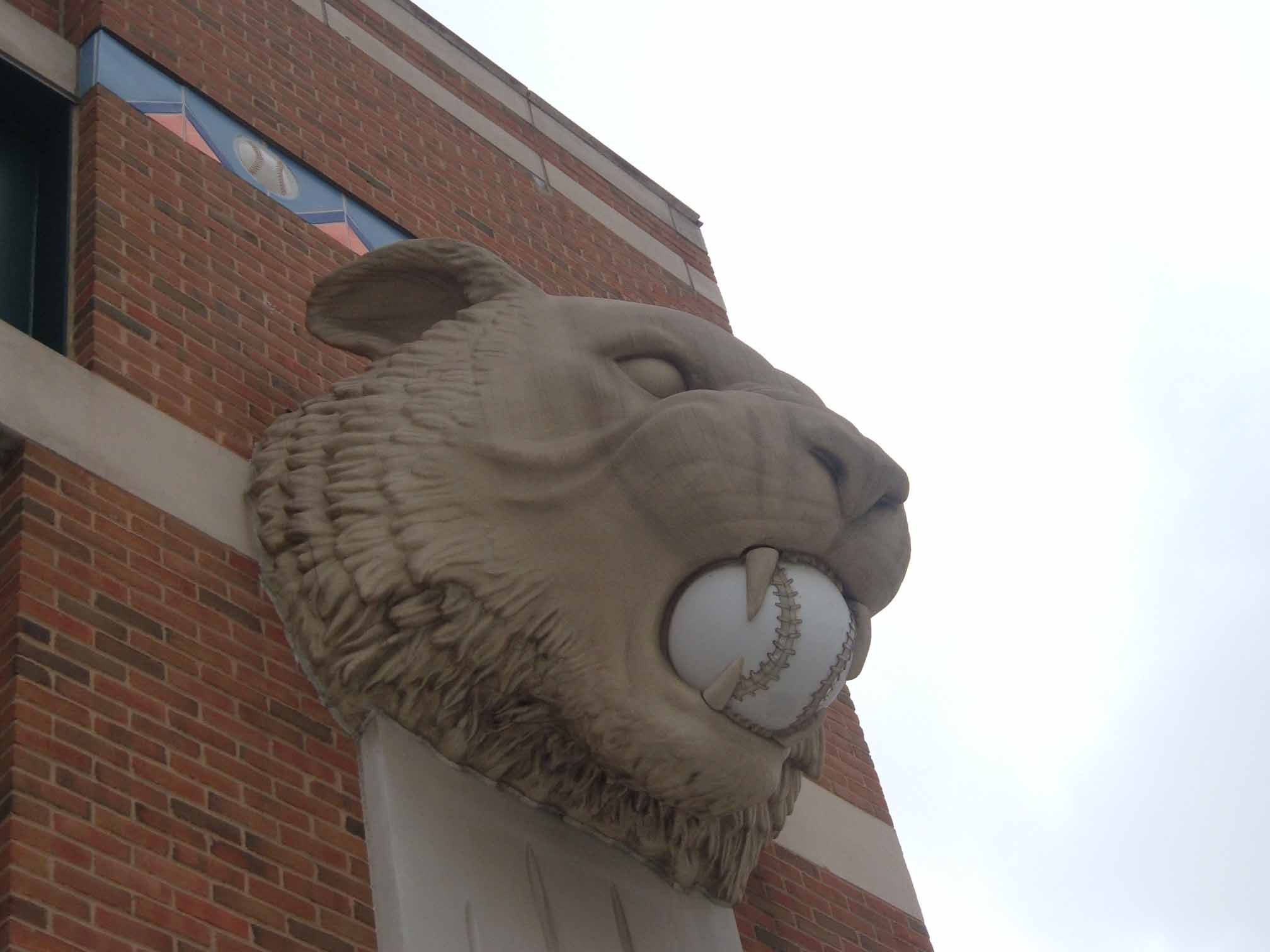 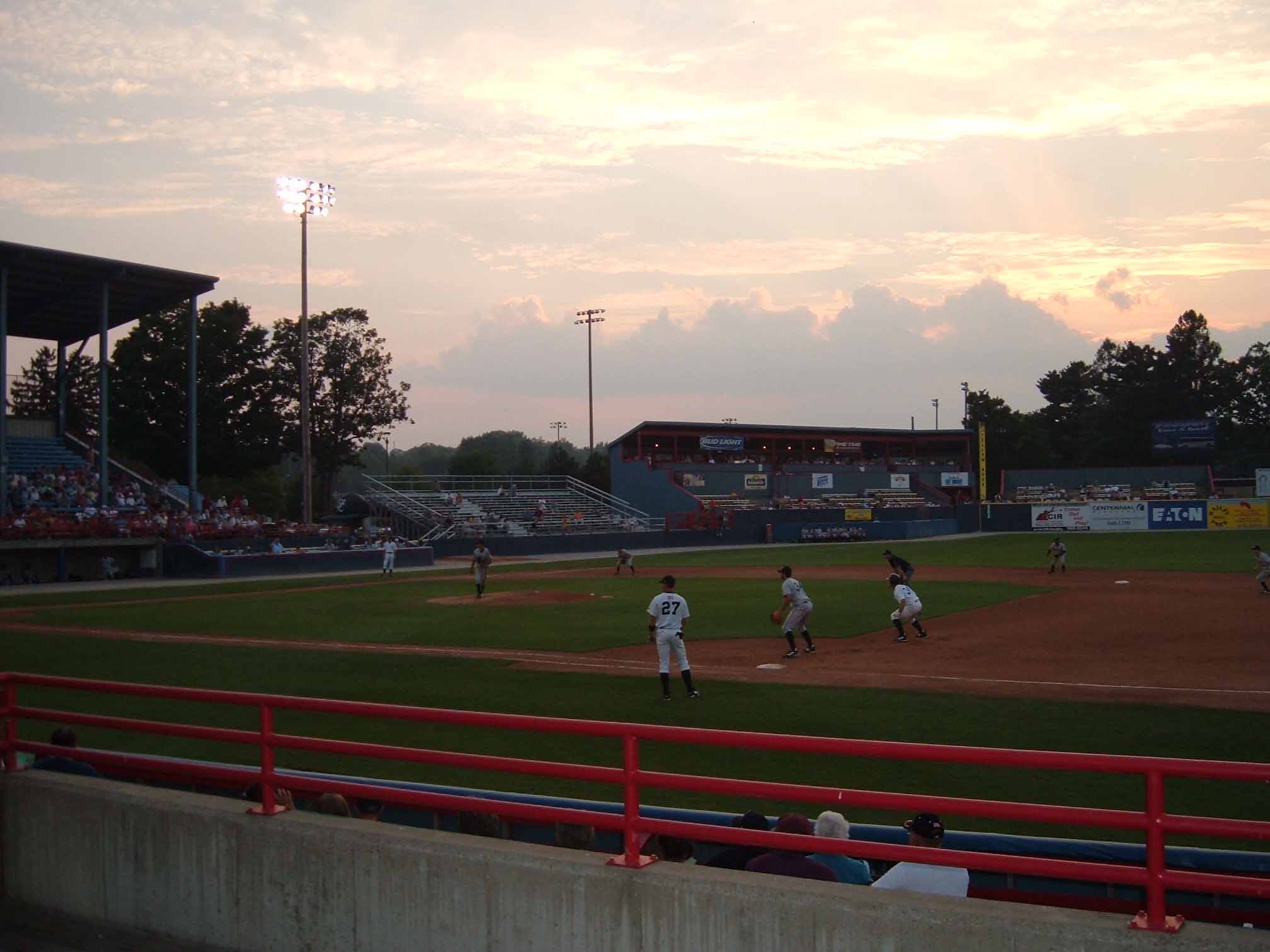 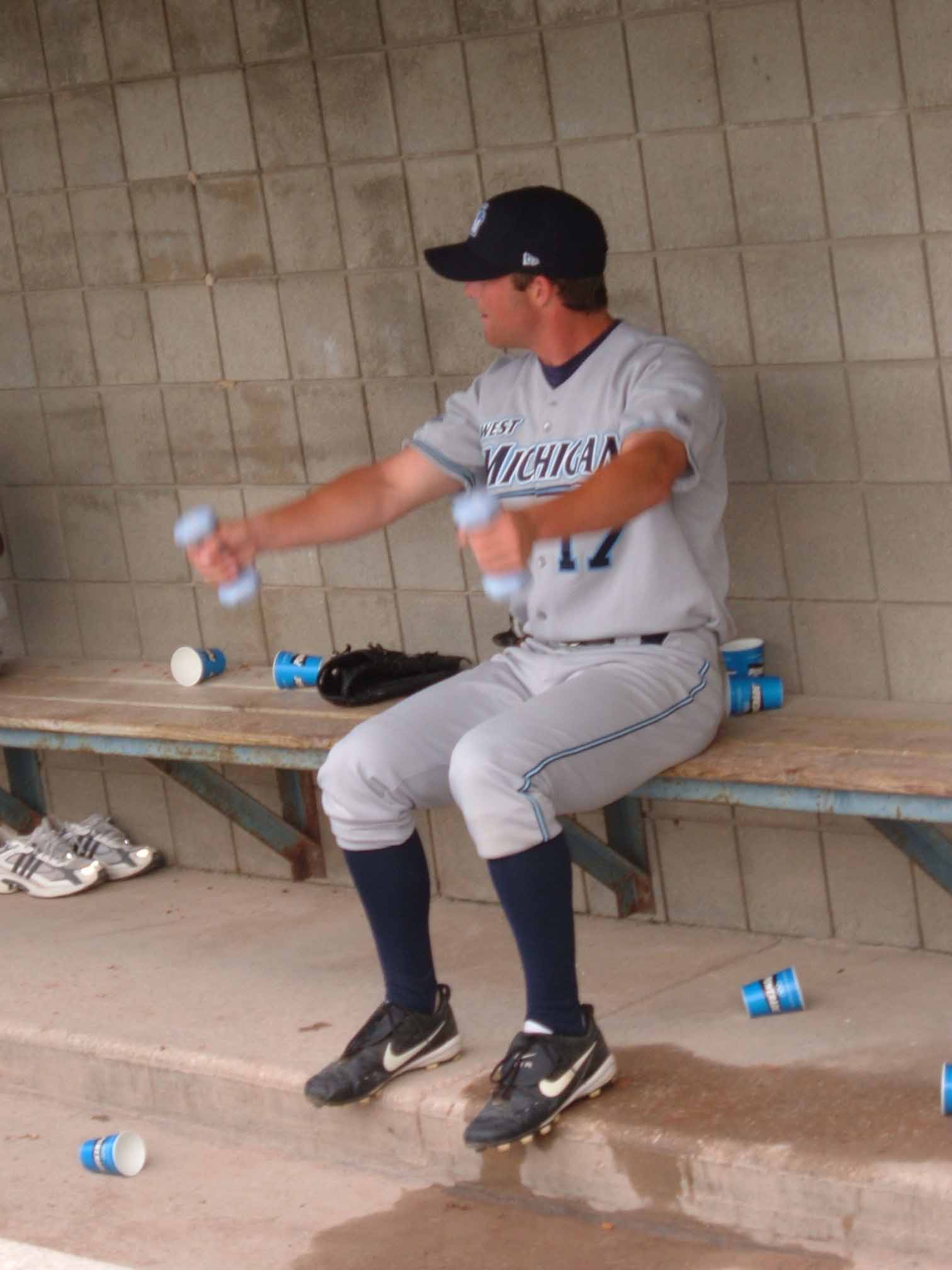 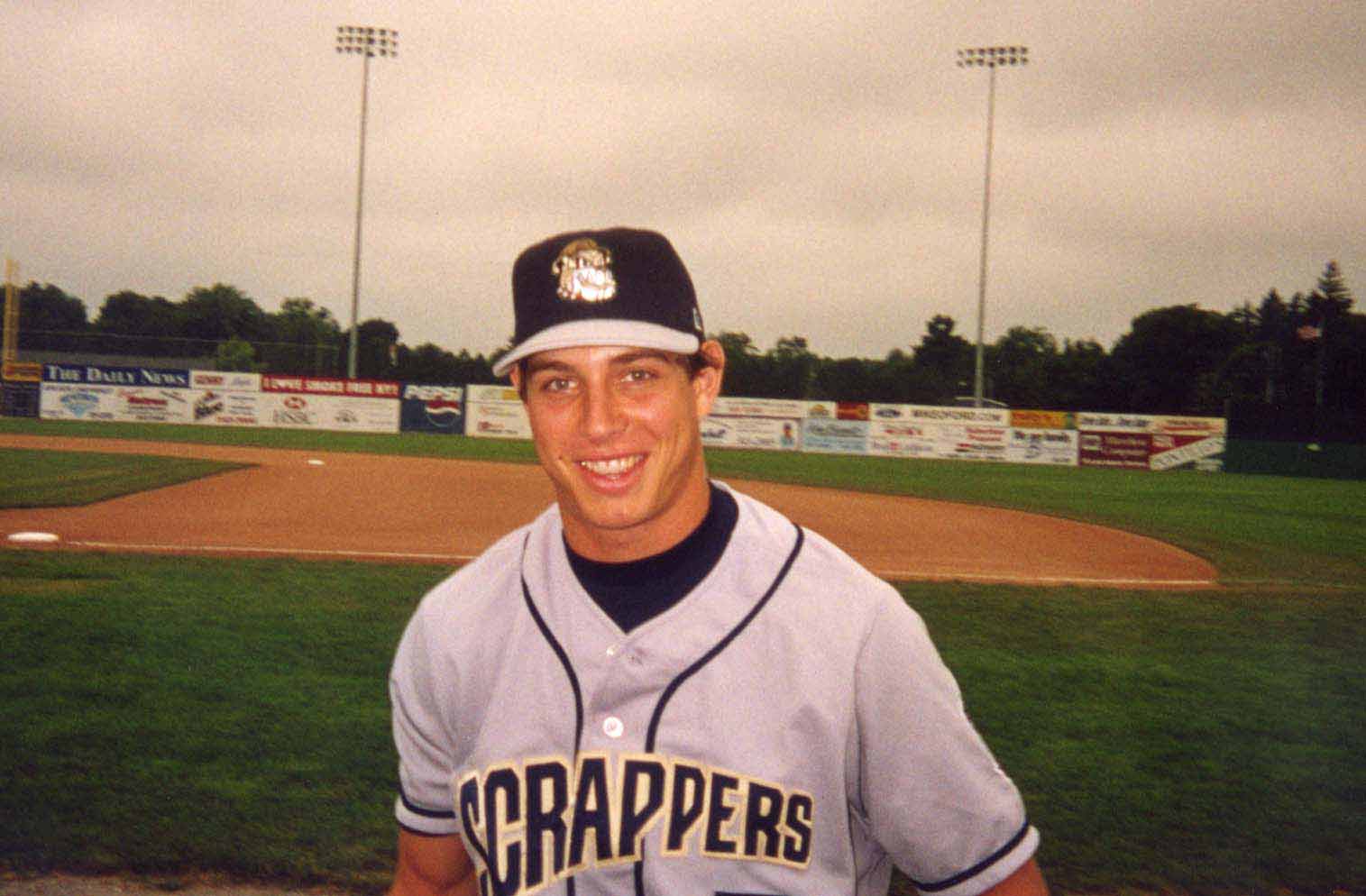 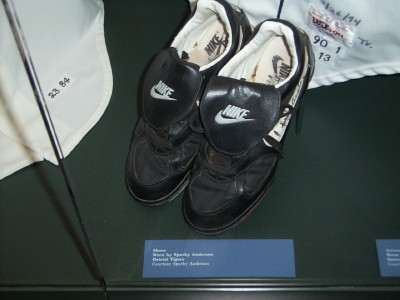 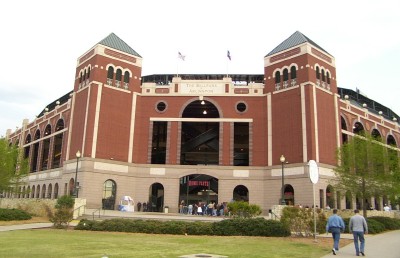 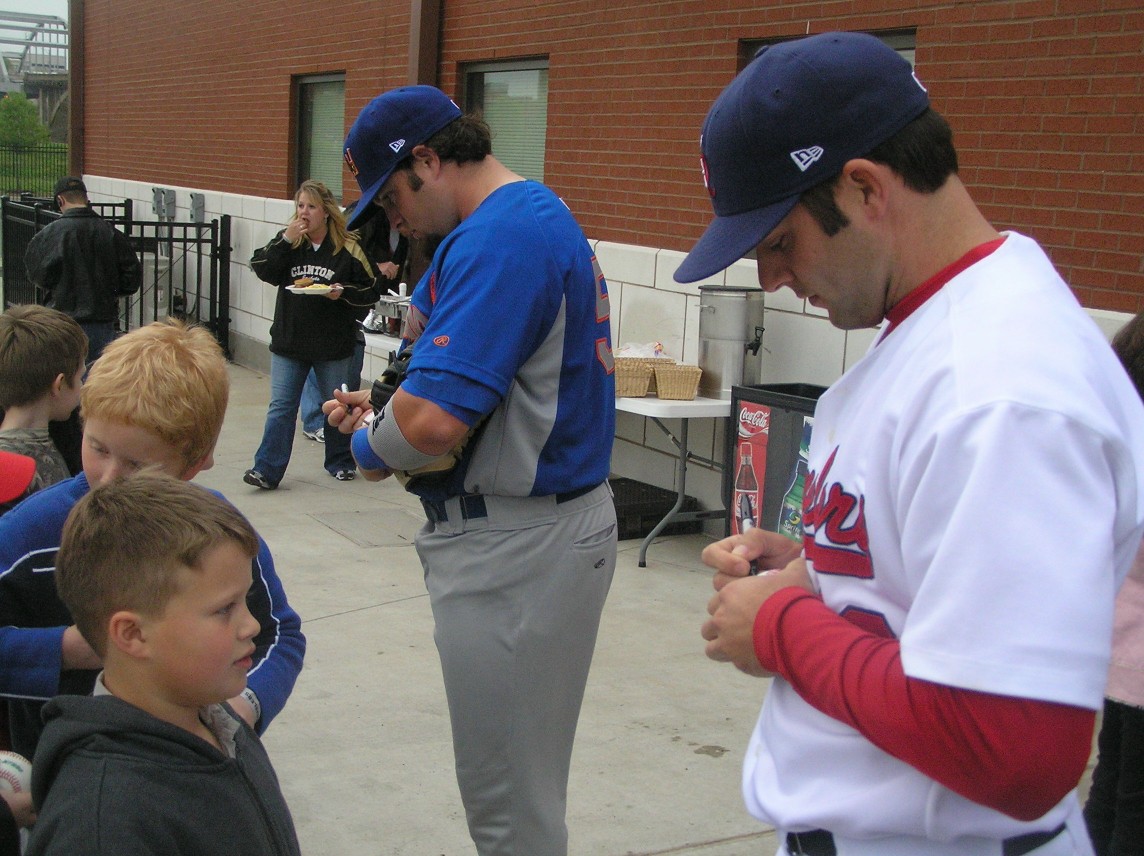 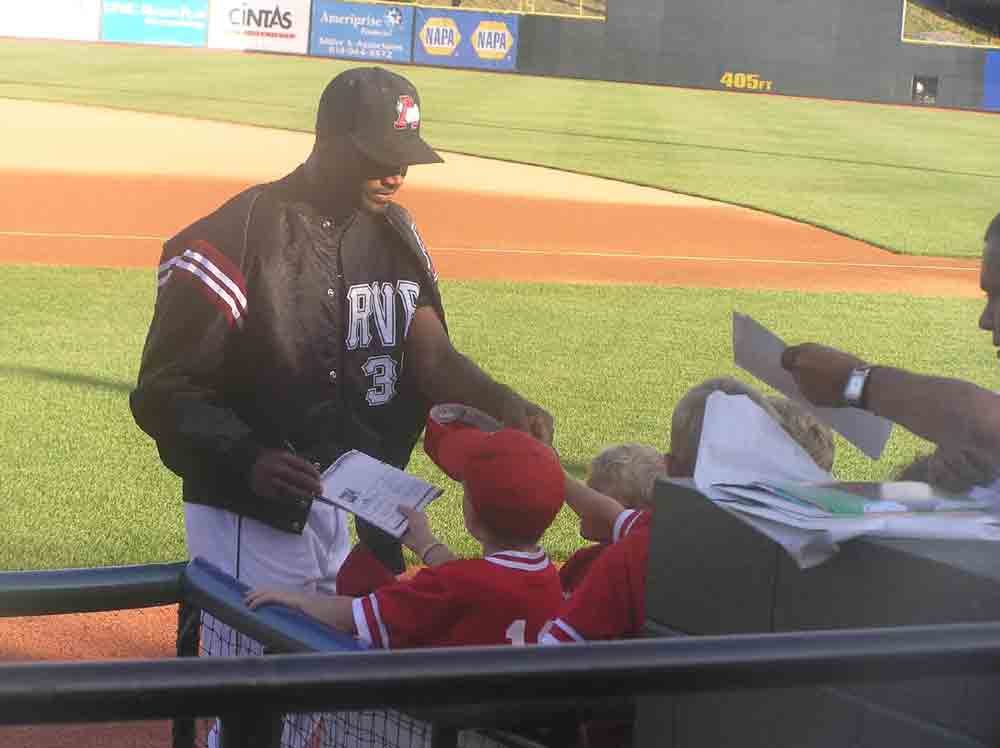 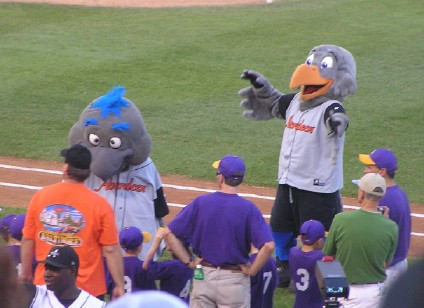